Rival Sons know ‘All That I Want’ 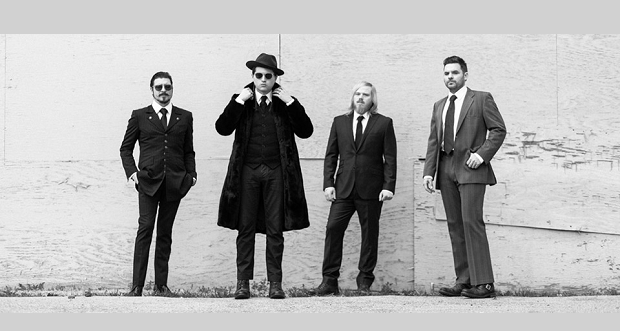 Rival Sons have tirelessly worked away in the studio to create their new album ‘Hollow Bones’, to help tease the fans into what is already a highly anticipated release, the band have announced ‘All That I Want’ to be the first lead single and to expect release of this on April 29th.

‘All That I Want’ is yet more proof that Rival Sons are well and truly deserving of there forever growing support from fans thanks to establishing themselves as a definition of a rocking band. Their tireless efforts, musicianship, and love for what they do has them coming back working harder each and every year.

‘Hollow Bones’ is due for release on June 10th, via Earache Records.

Rival Sons are just starting the ride of a lifetime, being hand picked by the one and only Black Sabbath as support for the massive 18 month ‘The End’ World tour. Already under way, it has seen sold out arenas across the USA already, and is to carry on right into 2017.

Rival Sons are well trained in huge tours, as this current tour follows on from as ambitious a schedule with their last studio album ‘Great Western Valkyrie’. This saw a two year tour cycle supporting none other than Aerosmith and Lenny Kravitz, gaining a whole host of media support from studio sessions, radio playlists, stellar album reviews, magazine covers and a performance on Later with Jools Holland which saw them open, and close the show.

Once again, ‘All That I Want’ will be released April 29th.