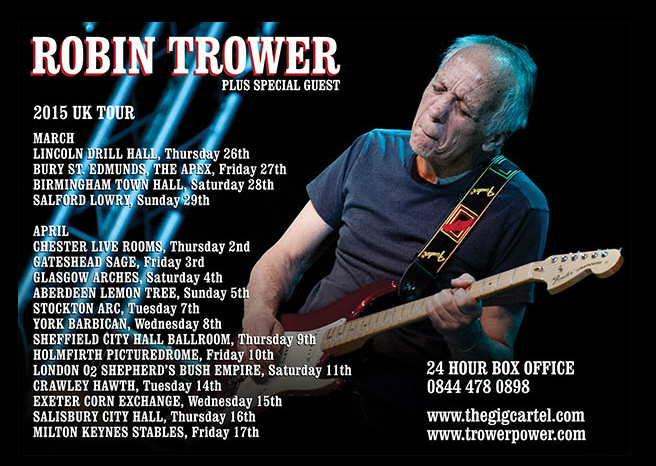 Robin Trower – the guitarist described as ‘the British Hendrix’ due to his uncanny ability to channel Jimi’s bluesy, psychedelic, Fender Strat playing style. Trowler has been around since the 60’s – The Rolling Stones are said to be huge fans of his!

His first success came from being in British rock band Procol Harum, who are said to contribute to the development of progressive rock. It was after that, that Trower lived his extensive solo career, selling a million albums.

Fans will be able to pre-order tickets 48 hours before they go on sale to the general public on Friday 18th June.  All tickets are priced £22.50, except London o2 Shepherd’s Bush Empire (£25). Visit www.ents24.com for further ticket pre-sale info.