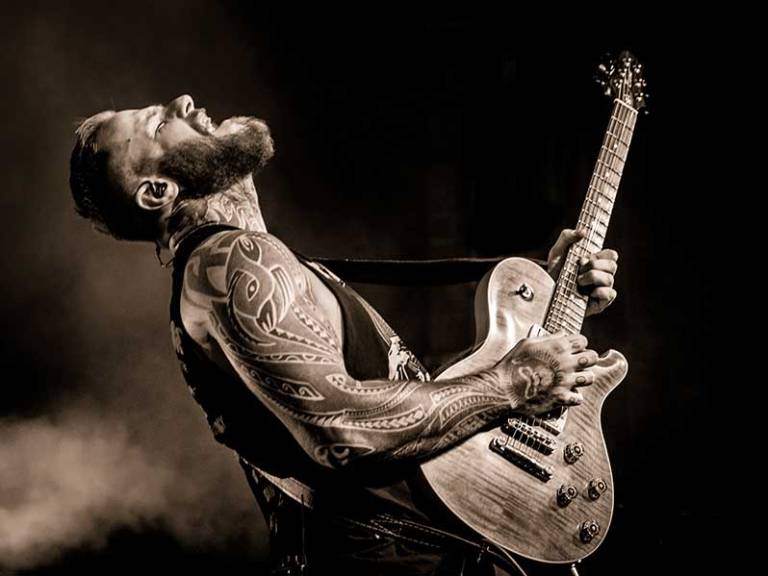 From his early forays as a gunslinger for John Mayall’s Bluesbreakers and Canned Heat onto a heated solo career, Walter Trout overcame narcotic oblivion to receive critical acclaim and then nearly lost his life until deadline biting liver operation. He’s seen it and done it all and lived to tell the tale and continues to play earth shattering blues rock music.

Kris Barras has been playing guitar live since he was a kid and recently became the new frontman for USA super group, Supersonic Blues Machine, not bad for a guy from the UK. Dirty riffs, husky vocals and screaming guitar solos is what you can expect from his southern based blues rock band.

Continuing Rocktober’s international appeal is South Africa’s Award-winning Dan Patlansky who’s been kicking up a storm internationally in recent years while Mollie Marriott’s only just come out from under her incredibly talented shell, having supported and backed some of the best rock stars in the industry ranging from Robert Plant and to Paul Weller. She’s sassy and soulful with a raw emotional edge that needs to be heard.

It’s a powerful line-up as Walter Trout noted: “I am excited to play the UK Rocktober dates with such a great line-up of artists. This will be quite an event.”

Show tickets can be bought via Planet Rock and The Gig Cartel. 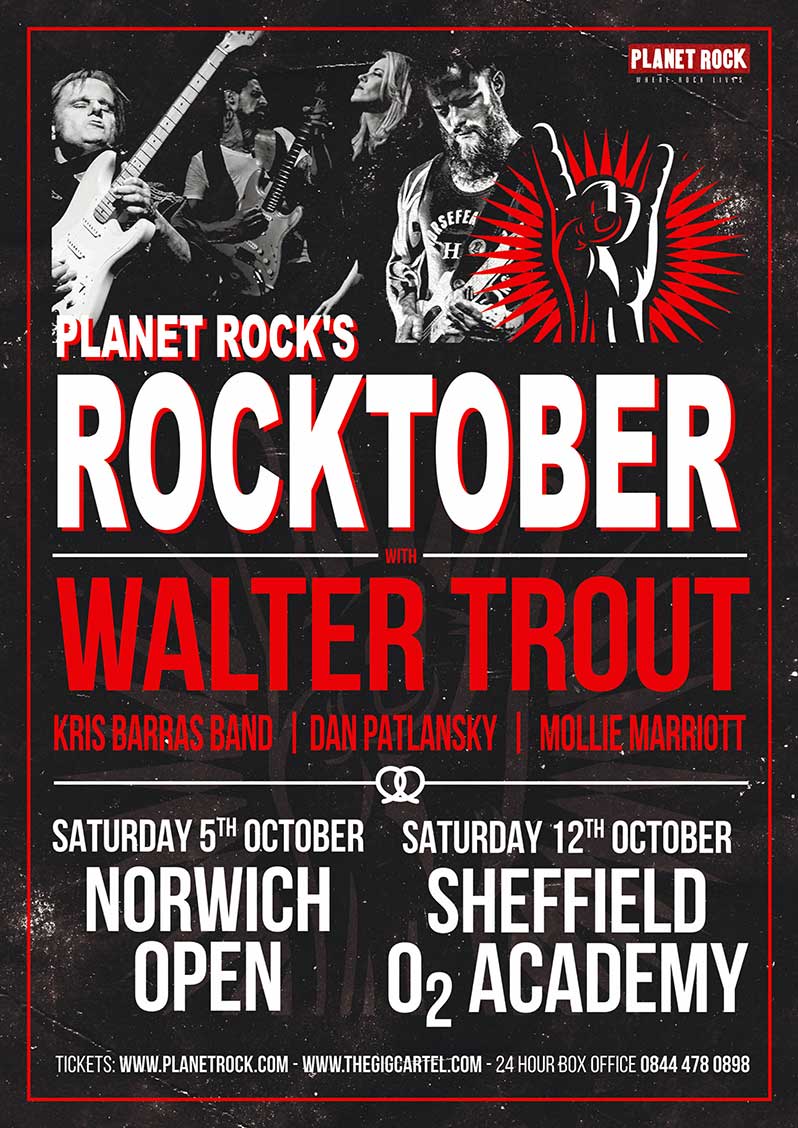