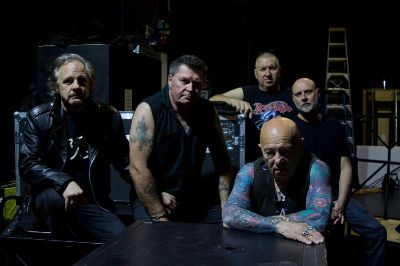 High octane Aussie rockers  Rose Tattoo have this year mapped out for them with their Blood Brothers 2018 tour taking them round the world with a pit stop in the UK where they’ll be having the formidable support of Girlschool.

The tour coincides with the bonus reissue edition of their Blood Brothers album on 18th May through Golden Robot Records. First released in 2007, Blood Brothers pays tribute to those members of the band that are no longer with us with the reissue featuring live versions of some of the albums finest tracks.

To purchase and listen to tracks from Blood Brothers 2018 click here.

The Blood Brothers 2018 line-up features Mark Evans of AC/DC on bass, Angels & Skyhooks axeman Bob Spencer, Aussie Crawl’s John ‘Watto’ Watson on the drums, before the passed on the Pete Well’s endorsed Dai Pritchard on slide guitar, and of course, Rose Tattoo wouldn’t exist without the one and only Angry Anderson as frontman.

Rose Tattoo’s iconic, street smart blues rock has been raging around the world for over four decades now and shows no signs of stopping. The same can be said for UK support Girlschool celebrating their own 40th anniversary as a band this year. Raw, rough and ready to rock the bands will be blazing a trail across the breadth of the land this September for what’s been provincially tagged the Boys & Girls R ‘n’ R Anniversary Party 2018. See the dates listed below. 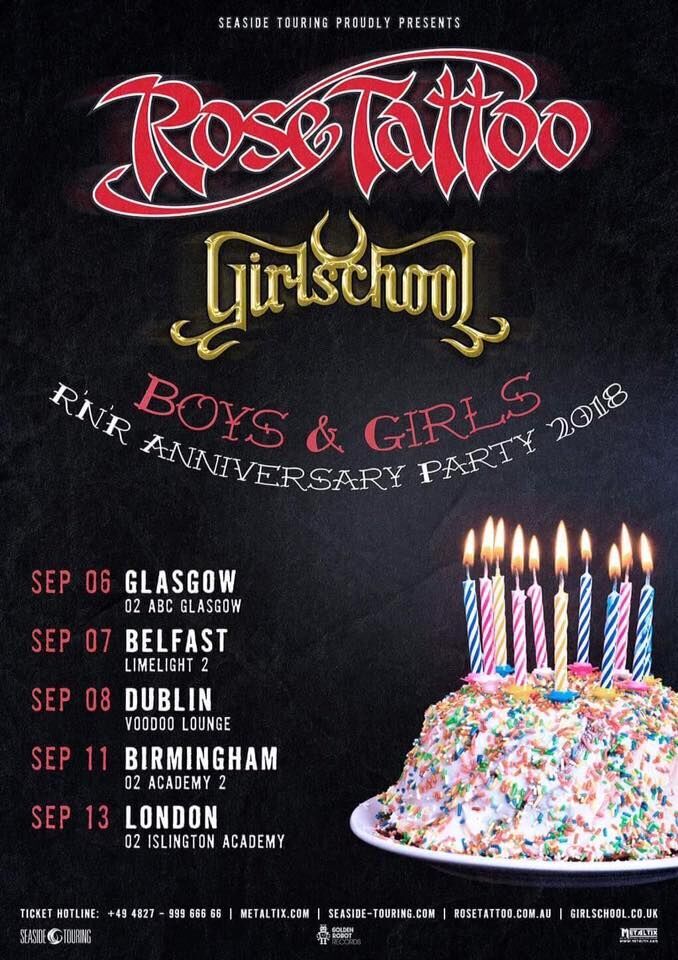