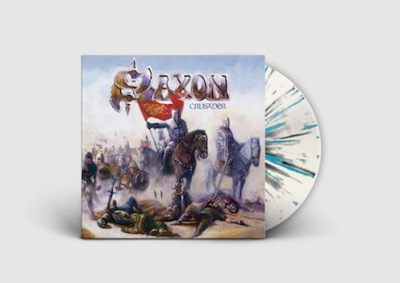 Following the successful  deluxe reissuing of Saxon’s original three albums into the UK Rock Top 40, comes news that those next in line; Denim and Leather, Power & The Glory and Crusader will receive similar treatment from BMG as of 25th May.

The CDs versions of each record will feature 24 page media books containing original lyrics, rare photos and memorabilia, alongside bonus tracks including a selection of early demos (including some that didn’t make final track listings); B-sides and live recordings. While there will be bonus tracks available with the vinyl editions they will be available in coloured splatter and swirl vinyl.

From New Wave Of British Heavy Metal pioneers to becoming one of the most successful UK rock acts of all time, the clamber for vintage Saxon material continues apace with their latest album, Thunderbolt. 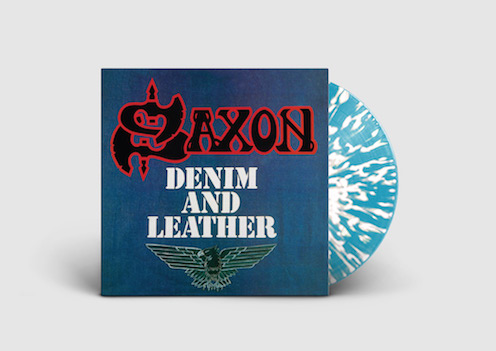 Recorded at Aquarius Studios in Geneva Saxon’s fourth album, Denim And Leather, was originally released on 5th October 1981 and arguably their most successful record to at that point, featuring three singles including perennial classic ‘And The Band’s Played On’, that was inspired by their appearance at the very first Monsters Of Rock festival back in 1980. This edition contains B Sides from the ‘Never Surrender’ single plus seven live tracks recorded during the album’s tour. 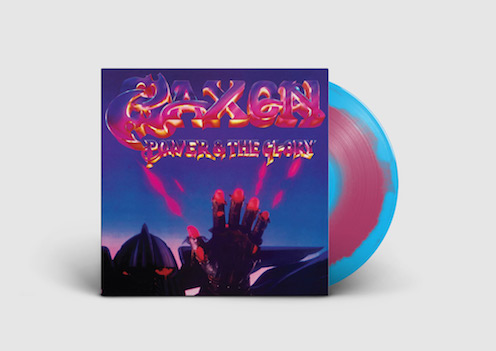 Taking their time, the band released Power And The Glory on 21st March 1983. It was produced at Axis Sound Studios in Atlanta by Jeff Glixman and saw Nigel Glockler replacing Pete Gill as the band’s drummer. Two singles came off the back off Power And The Glory and are featured again on the reissue ass are early working demos of songs recorded in 1982, of songs that both finally appeared on the album and those that didn’t.

Tracks featured are ‘Power And The Glory’, ‘Redline’, ‘Warrior’, ‘Nightmare’, ‘This Town Rocks’, ‘Watching The Sky’,

Crusader is the final album reissued this May and first saw the light on 16th April 1984, having been produced by Kevin Beamish at the legendary Sound City Studios, in Los Angeles. It featured the band’s first recorded cover song, a version of The Sweet’s ‘Set Me Free’ and saw three singles released from the parent album. With this edition fans will also hear early working versions of songs featured on the album plus ‘Borderline’ and ‘Helter Skelter’, two songs that didn’t make the final back in the day.