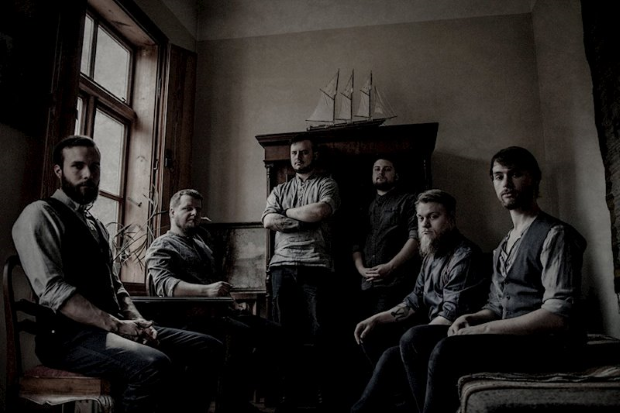 All the music and lyrics were written by the band at Nebula Studio, with the addition of violin being recorded by Julianna Grzeszek.

Formed from the pressing need to create art that would be personal, honest and sad. Rosk started on one cold April night in 2014 somewhere in Warsaw as a space for the band’s negative emotions. As some time passed the project transformed into something closer to group therapy and cleansing ritual.

“Our new album entitled Remnants seemingly revolves around similar themes to our debut album Miasma,” the band commented. “Death is once again the main theme, although this time it does not affect thousands, but one person.

“The album is our vision of getting old in degrading solitude after the departure of the loved one. Our focus is on the atmosphere of mourning and reverie.

“The instruments changed as well – heavy, distorted guitars were replaced by acoustic guitars and violin, instead of angry screams there are sorrowfully sung melodies, and the noise of the drums and the bass gave way to minimalism and ambience. We tell a new, way more intimate story”.

Songs featured on Remnants are: ‘The Alley Of Burdens’, ‘Rosary’, ‘A Dying Breath’, ‘Ceased In Me’, ‘One Minute’, ‘A Lifetime’ and ‘The Long Solitude’.

You can watch a video for ‘Rosary’ right here at RAMzine.