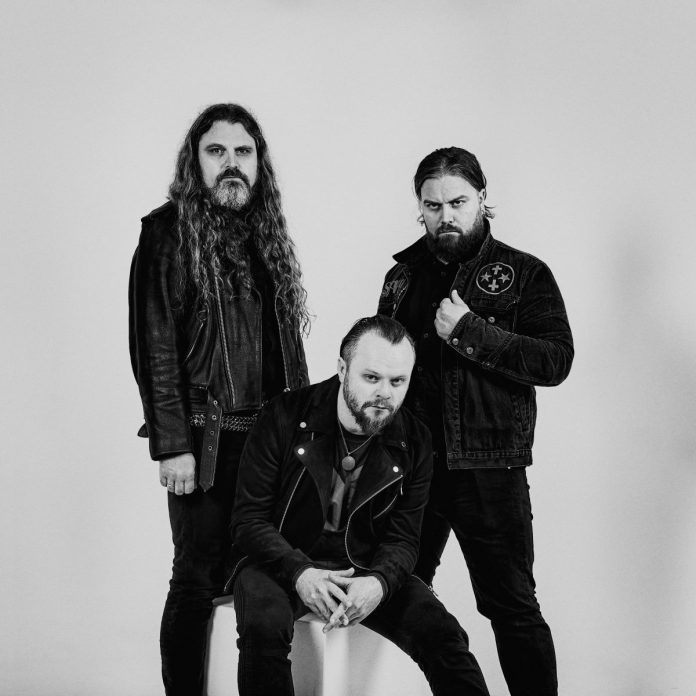 SAHG is back full force with a new single in Born Demon, the title track of their sixth studio album that will be released on 21st October, through Drakkar Entertainment.

“We chose ‘Born Demon’ as the title track, and to release it as a single, because it is one of the heaviest tracks on the record, and it tells something about the overall theme on the album”, band member Olav Iversen commented. “About how all human beings have their demons. Everyone has an evil side, dark powers which are hard to control, and which sometimes go out of control, and make us do bad things to ourselves and to others. Every one of us is born with a dark side, and everyone is born demon.”

He continued: “The lyrics are about the newborn child of a woman and a demon. The mother is in deep shame and deeply regrets her mistake with the evil seducer. She doesn’t want the child, and plans to leave the newborn deep in the forest to die. But the child uses its demonic powers to get back at her in the most gruesome way.

“The song originated from a riff that I wrote many, many years ago, in the early years of Sahg’s existence”, Iversen added. “It has stuck with me through all this time, and I always loved the heavy, dark vibe of it, but I haven’t been able to write a song from it, until now. That riff is now the main riff of ‘Born Demon‘. The song materialised when I came up with the verse, and when we made the massive choir arrangements towards the end. We decided to go full-on Queen on that part, with the entire band singing along. And we have no regrets for doing it.”

You can order the Born Demon album here and check out video for the single right here at RAMzine.

Entering the Norwegian metal scene in 2006 as a classic doom band, wasn’t necessarily a recipe for success. Black metal was still the big thing coming from Norway, and there wasn’t much space for bands from other subgenres. Even with Gorgoroth members King ov Hell and Kvitrafn in the line-up, adding a touch of blackness, it wasn’t very likely that SAHG would get an instant break-through. Despite the poor odds, their debut album charted in Norway’s top 40, got massive media coverage in national papers, reviews all over the international metal media. The success of the debut album brought the band on a North American tour, traveling coast to coast as opening act for Celtic Frost.

Tracks to be featured on the album are: ‘Fall Into The Fire’, ‘House Of Worship’, ‘Born Demon’, ‘Descendants Of The Devil’, ‘Black Cross On The Moon’, ‘Evil Immortal’, ‘Salvation Damnation’, ‘Killer Spirit (From Outta Hell)’, ‘Heksedans’ and ‘Destroyer Of The Earth’. ‘Heksedans’ is available here.

Previously, the band released the bewitching single ‘Heksedans’ – The song being a fresh, heavy metal take on the classic hit song by Norwegian singer-songwriter legend Jan Eggum. The song and music video (featured here at RAMzine) is inspired by the brave women who were burnt to death, accused of witchery, up to the 1600s. It is the first SAHG song ever with lyrics exclusively in Norwegian, and the band members’ daughters take part on the record and on camera.