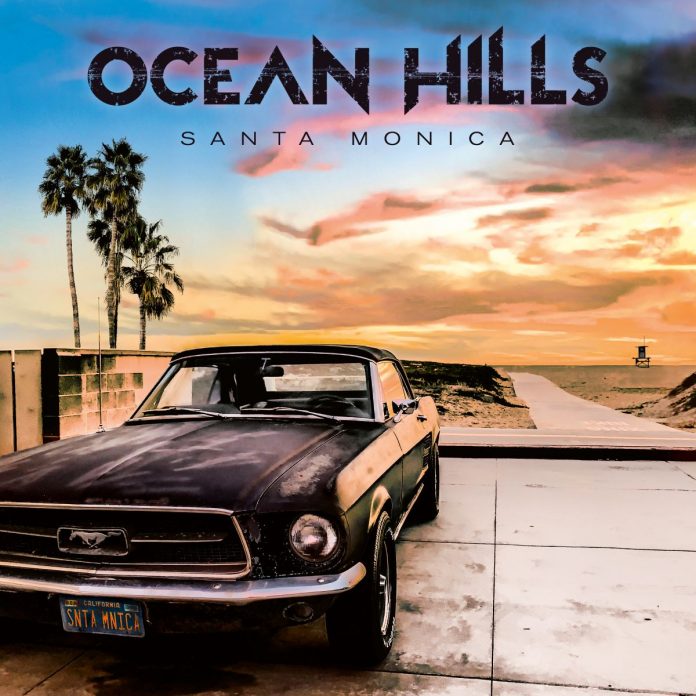 “I just want us to be known as working class rock n’ roll,” said Teglas, having taken 30 years’ worth of experience in the music business to launch this new project.

Born into a working class Hungarian family, a dedicated animal rights/rescue activist, and a Hollywood actor with supporting roles in Terminator: Dark Fate and The Alienist under his belt, Teglas learned the value of hard work at a young age and the relationship music played in it. And it was always rock n’ roll. Bands like Journey, Boston, The Who and Led Zeppelin are only a few examples of the artists that laid the groundwork for Teglas’ current artistic vision: to write songs for the working-class man in the vein of acts like Shinedown, Nickelback, and Alter Bridge.

Lead-off single ‘A Separate Peace’ was released in April 2020, ‘Death And Liberty’ an infectious follow-through. The third single’s video ‘Santa Monica’ can be seen within this feature

A classic rock themed anthem, ‘Santa Monica’ is about sand, the beach and living life with fun and happiness. With all the negativity and fear going on in today’s world this upbeat tune, with guitars solos and rock and rolling all over could be just what you needed.

You can check out the video for that right here at RAMzine and the band has already released a follow-up single.

You can also watch the video for that right here at RAMzine.

“These songs come from the heart,” said Zoli. “The songs are great, the musicianship is amazing, the guitar solos are incredible, and the vocals are melodic and hard hitting. Rock anthem stuff!!!”

You can listen and subscribe to Ocean Hills’s fanbase here and pre-order their forthcoming album here.

“This has always been a passion for me,” says Teglas. “I’m trying to write music, for example, for the average plumber from New Jersey who comes home after a long day at work and wants to lose himself in a song, because the majority of people out there are working their butts off. I’m writing music for the 30, 40 and 50 year-olds out there; people that understand where Ocean Hills is coming from.”

However, Ocean Hills is not a one-man project. Peter Lukacs (guitars), Daniel Szebenyi (keyboards, bass) and Reinder Oldenburger (guitars) share Teglas’ vision and were instrumental in bringing it to life, and he is the first one to credit his bandmates for making the debut album, Santa Monica, what it is. A large portion of the recording was done in Hungary in Teglas’ grandmother’s 200 year-old house – chosen for its brilliant acoustics – and during the recording sessions there were a few occasions where Teglas was forced to give up creative control for the benefit of the album.

“These guys are such good musicians that I got kicked out of my own house a couple times because I started messing with the songs too much,” Teglas explained. “I was always trying to make the songs better, and eventually the other guys kicked me out. When I came back I was still upset, but I’d listen to what they’d done while I was gone and the song would sound way better than my idea. These guys are good. This is the band I’ve always wanted to be in.”

Looking at the Ocean Hills debut as a whole, Teglas sees it both as a tribute to and a return to what made music special to him at a younger age. As the kid who got KISS Alive II as his very first record, he remembers feeling as if it had been made specifically for him. That feeling dedicated him to the listening experience, made him want to hear more, which is the goal of Ocean Hills both through the album and performing live: to bring back the magic of discovering music, that Teglas feels is sorely lacking in the world these days.

“The best musicians out there are the ones, when you go to a concert, that elevate you above all your problems for the few hours you’re there,” said Teglas. “They take you to another level and make you feel better than when you got there. I miss guitar solos, I miss songs that are almost 6 minutes long, I miss musicians that can really play. This album will grow on you because there are songs on it that are completely different from each other – acoustic songs, total rock songs – and hopefully people will sit down with it and let it get into their soul.”

As for calling the band Ocean Hills, the name is a shout-out to the band members’ origins. As Teglas explained: “Half the band is from the Buda side of Budapest – the hill side – and the other half is from the beaches of California. So, calling ourselves Ocean Hills made sense. We’re paying tribute to where we came from.”