New York singer Sari Schorr will be playing London’s 100 Club as part of its London Blues Week on Friday 18thJanuary next year.

Following her 2016 release A Force of Nature, produced by the legendary Mike Vernon, Schorr brought out  Never Say Never in 2018 – RAMzine’s review said:  “Soaked in mother’s ruin she bleeds out the blues with a hefty rock swagger.” And so she did live on tour this year.

Having seen in the New Year, and still in London, catch Sari Schorr live along with other acts as part of the capital’s Blues Week. 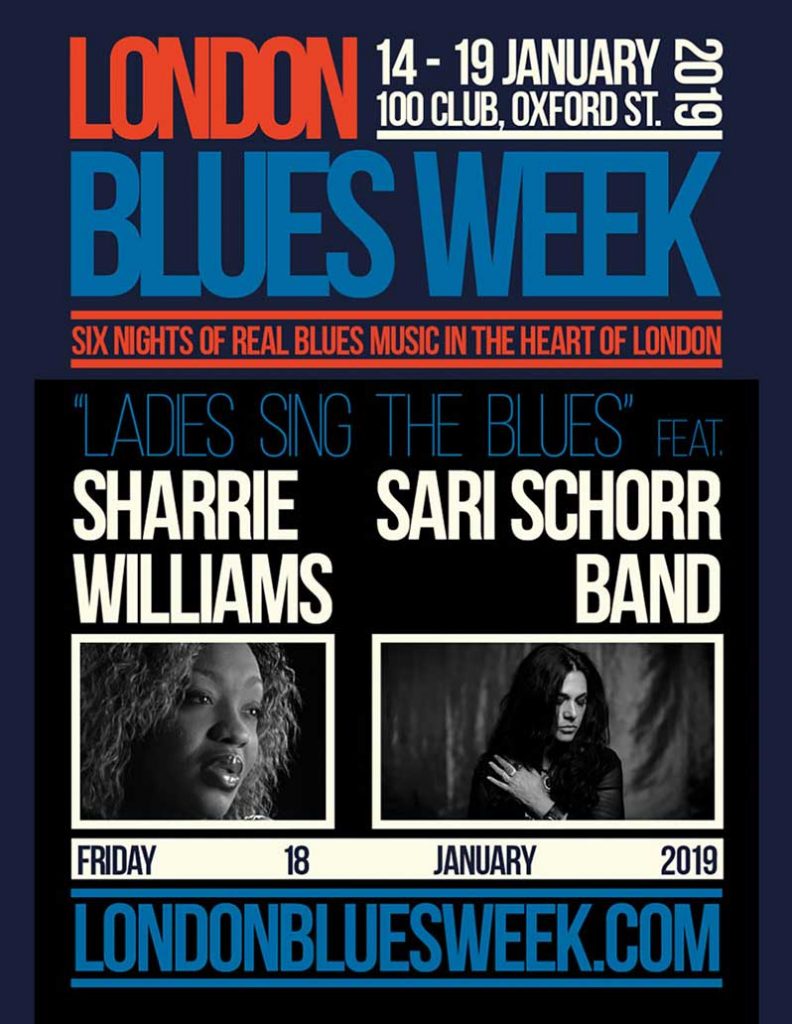