Legendary American band Styx announced that in 2019 they will be playing a one night only exclusive UK show at the London Palladium on 4th June.

The band has not performed in England since their co-headlining tour with Journey and Foreigner in 2011 and are said to be “excited” about it, according to singer/guitarist Tommy Shaw.

“Considering that the rock band Styx has been influenced by British rock of the ‘60s and ‘70s. It’s always a treat for us to perform there for our fans in Great Britain and beyond,” remarked fellow guitarist/singer James ‘JY’ Young. “Joe Elliott from Def Leppard was in the audience the first time we played in 1978 in Sheffield, England and now it’s been 40 years since that performance, so now he’ll have to come see us at the London Palladium this time!”

With over 17.5 million albums sold worldwide, with several of them attaining gold and platinum status, the band’s performance in June will be listed as An Evening Of Styx whereby they intend to celebrate a 47 year career, featuring classic hits such ‘ Sail Away’, ‘Renegade’ and ‘The Grand Illusion’ right through to their most recent studio album The Mission.

With a line-up that’s been going strong for over 15 years, Styx still features Shaw and Young, alongside appearances by original bassist Chuck Panozzo, plus Lawrence Gowan (vocals, keyboards), Todd Sucherman (drums) and Ricky Phillips (bass). As anyone who’s had the opportunity to see this line-up previously can tell you – they believe on putting a show!

Tickets for An Evening Of Styx can be purchased by clicking here, and are likely to sell quickly, for as Shaw noted to fans: “It’s been way too long. See you there!!!” 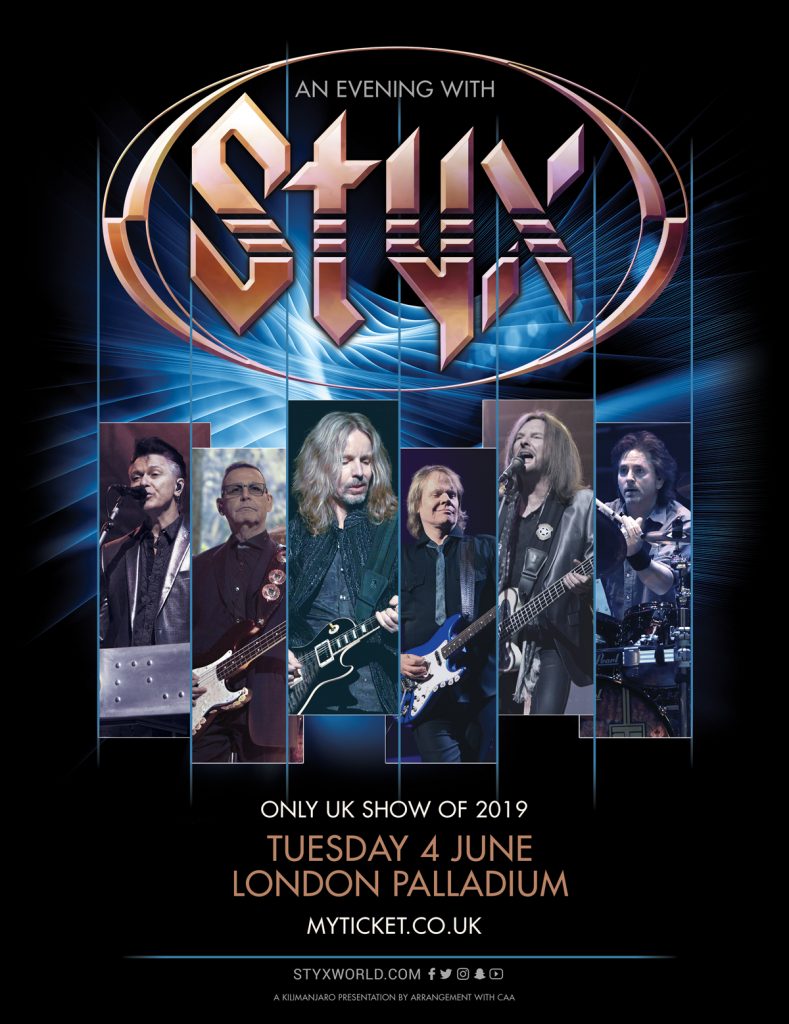