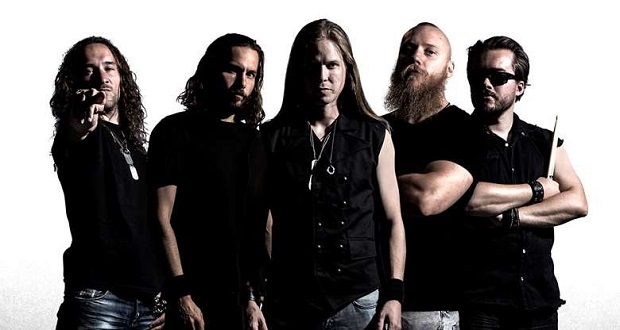 Denmark’s own Savage Machine is honouring a proud lineage of Heavy Metal kings with a modern twist.

Ambitiously, savage machine delivers savage riffs, thundering drums and galloping bass over grandiose vocals. Having existed since 2010, Savage Machine has been a big part of the danish underground scene for several years before emerging onto the international stage in 2015’s Wacken Open Air. In the past year, Savage Machine recorded a hard-hitting debut album and toured across Europe with Spain’s ”Lords of Black”.

To acompany the release the band have set up a crowfunding camaign for a vinyl edition of their debut which was released on CD/Digigtal on January 19, 2018. SAVAGE MACHINE had this to say:

”we’re beyond excited to get your feedback on our efforts this past year, and we can’t wait for it to hit the shelves, stages and streaming services out there. We want to spread the word about Savage Machine, and let headbangers around the world know that true heavy metal lives on forever! Sadly, this time around, it does not live forever on Vinyl. YET! This is where you, our fellow enthusiasts, can help us a great deal and we’ll return the gesture thousandfold! By pre-ordering Abandon Earth on Vinyl we can guarantee that this becomes a reality, and we’ll sing your praises as well as sign all copies to show you our immense gratitude. We know that several of you out there would prefer to give the album its first spin on the best possible quality, and with the time we have spent on this album, of course, you should be able to! Sadly, we’ve had to prioritize, and Vinyl was simply a cost we’ve had to cut from the initial release plan.” 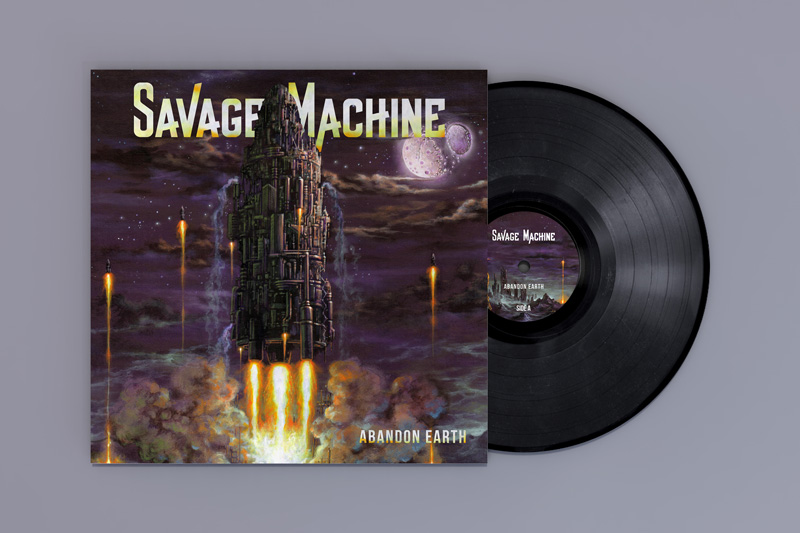 SAVAGE MACHINE’s critically acclaimed debut album deserves to spin on your turntable. You can pre-oder it here: https://creativethunder.net/product/abandon-earth-on-vinyl