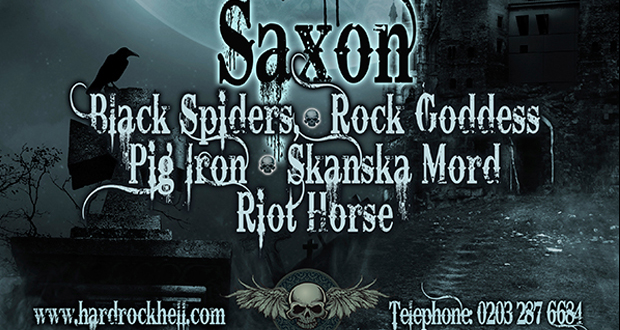 SAXON! I will always remember Saxon’s set at Download Festival a few years back, when Biff was in a very mischievous mood, he must have been excited to be back, as he was talking about the 80’s and having the snake pit that people could form a circle pit within. He was running around the stage like a gazelle, and the next thing I saw was him surfing across the stage on a skateboard! (which I believe was just some wood on wheels, which they use to move gear). Ever since then I have seen Saxon in a new light, and I know they don’t hold back for festival performances! \m/

The good news is, you can see Saxon live this year in the UK, as they return to Hard Rock Hell for it’s 9h year titled ‘House of Horrors’.

Day Passes have now been released and can be booked @ www.hardrockhell.com/tickets 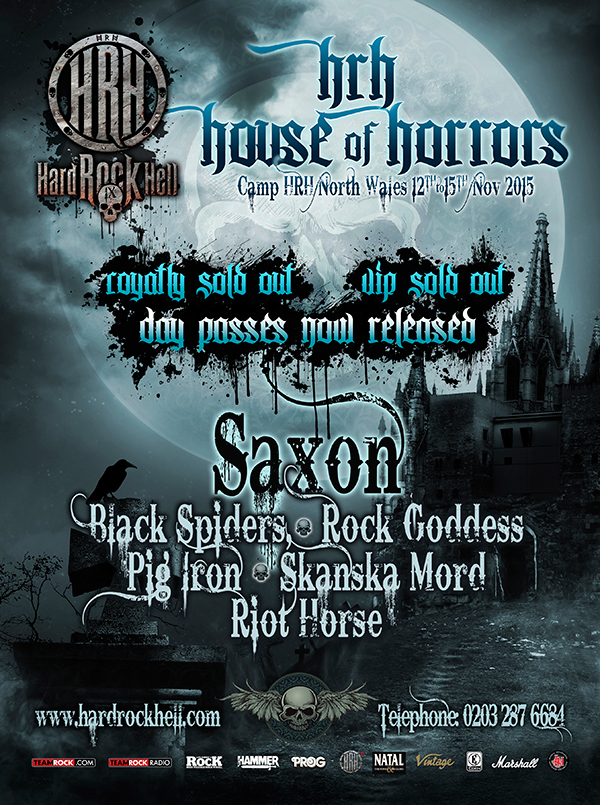