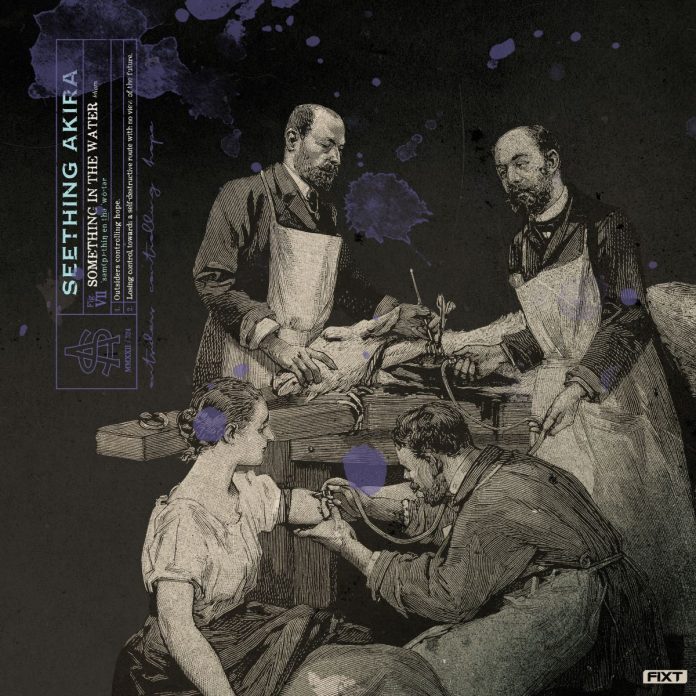 Six-piece nu-metal rockers Seething Akira continue their rampage towards new album Nozomi with the release of new single ‘Something In The Water’.

‘Something In The Water‘ is about a full-on firestorm of losing control, leading us towards a self-destructive route with no clear view of what the future will hold for us.

“‘Something In The Water’ is a study into how outsiders can either succeed or attempt to control our hope,” stated Seething Akira. “When this protocol commences, the feeling of losing control, like an entity taking over and causing a self-destructive route with no clear view of what the future will now hold for us.”

‘Something In The Water’ is out now via FiXT and available here.

You can check out the video for it right here at RAMzine.

Seething Akira has also collaborated with  sci-fi inspired EDM artist Kaixo for ‘Invicta Aorist’, another new single out via FiXT.

It’s said to feature a passionate vocal performance, layered over strong kinetic rhythms, synthesizers, and guitars for an upbeat and determined atmosphere full of hope and quantified by thoughtful lyrics illustrating the promise that nothing bad lasts forever.

“My first D ‘nb B original on FiXT after so many D ‘n B remixes!” said Kaixo. “So glad I got to work with Seething Akira to transform this upbeat D ‘n B track and push it just a bit further with their amazing vocal performance!”

Keeping busy, Kaxio has also partnered with The Plague, to “spread a message of hope, and to rebel against growing self-destructive ideals”.  To this end, The Plague‘s pop-rock number, ‘Danger’, has been treat to an electro house/breakbeat remix.

Maintaining the defiant spirit of the original Kaixo ramps up the synths and rhythms, while keeping The Plague‘s fiery vocal performance intact for a chaotic journey into a mild melding turbulent soundscape.

“When I first heard The Plague I was immediately hooked by the upbeat high-energy vocals,” said Kaixo. “It was great fun to be able to put my own spin on ‘Danger’, after finishing it I had those vocals stuck in my head for so long!“

The single is available here and you can also check out the single here at RAMzine.