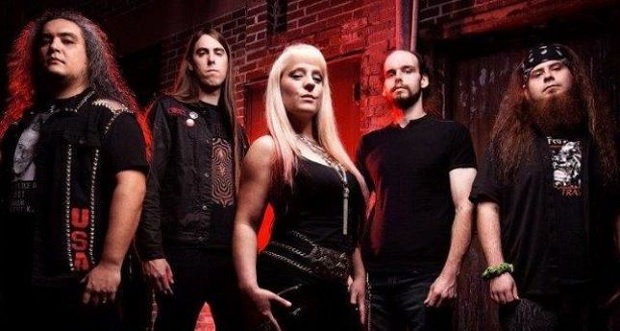 “A Lannister always pays his debts”

Fans of George RR Martin’s Fire and Ice/ Game Of Thrones novels and TV series will probably already know how powerful and uptempo Florida metallers Seven Kingdoms can be, as their material is usually based on the fantasy world. Sabrina Valentine and her army  certainly don’t disappoint with their new track ‘Kingslayer’. Summon the lord of light to view this visual splendor below this scroll (or just see the video below):

Thrones-fans may already know this song is about misunderstood, one-handed knight Jaime Lannister. Yet, Seven Kingdoms appeal to all who appreciate great thrash/power metal. The band had this to say:

“Kingslayer is a song about Jaime Lannister’s betrayal of his oath, which earned him that very nickname across the Seven Kingdoms. The Mad King was ready to blow up all of Kings Landing with stocks of wildfire hidden under the streets, rather than face defeat to Robert’s rebellion. Having already seen enough atrocities committed by the king, Jaime could not stand by any longer with the lives of the entire city at stake. He murdered the Mad King, the one his life was sworn to protect. Instead of becoming a hero, this betrayal would be how history remembered Jaime Lannister.”

‘Kingslayer’ will be featured on the band’s 10th anniversary album Decenium released May 5th. Track listing below: