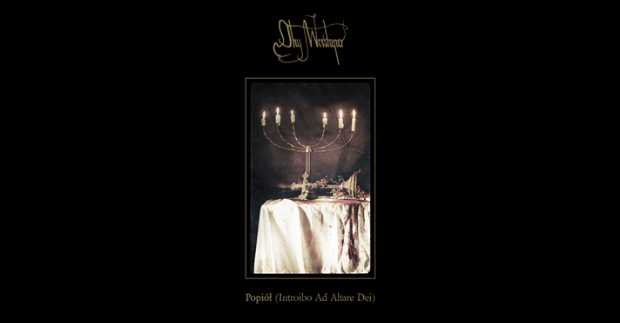 It was over two decades ago when black metal began to take a hold on the music scene in Poland. Bands such as Behemoth, Lux Occulta and Sacrilegium came to the forefront, as Thy Worshiper whose 1997 release Popiól (Introibo ad altare Dei) is being reissued by Arachnophobia Records.

Remastered by Haldor Grunberg at Satanic Audio with new design work, the band are still active today, having released Klechdy only last year, but Popiól (Introibo ad altare Dei) remains a fan’s favourite. Said to be distinctive for its mature songwriting, it brings the melancholic Polish spirit to the forefront in a rebellion against Christianity.

For those who like their metal black, Thy Worshiper’s Popiól (Introibo ad altare Dei) can be ordered now through Arachnophobia Records.