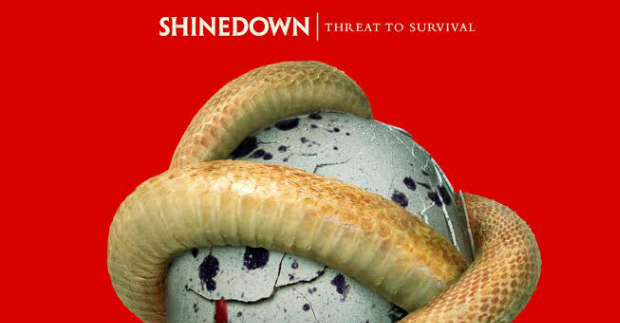 Shinedown have announced their new album, the first since 2012’s Amaryllis! Threat To Survival is set for release of 18th September 2015. Pre-orders are available from today at http://smarturl.it/ThreatToSurvival

The band have already released the lead single ‘Cut The Cord‘ which has over 1.5 million hits!
Watch the video here:
Shinedown are currently touring the US, which will take them across the country headlining a few festivals. After this, they are set to head across the Atlaltic to join Carnival of Madness Tour, joining fellow hard rockers, Black Stone Cherry and Halestorm for some UK dates.