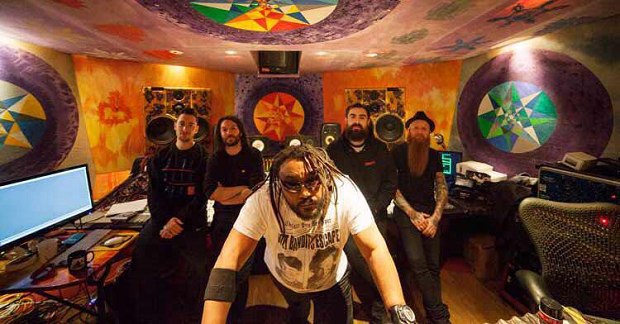 Dub-metal icons Skindred are set to release their documentary film ‘Rude Boys For Life’ alongside their new album ‘Volume’ on October 3oth.

Check out the trailer below:

The film was directed by Skindred DJ Dan Surgess. He had this to say:

“Rude Boys For Life offers a revealing and exclusive behind-the-scenes look at one of rock music’s best live bands. Taken from over 1000 hours of footage filmed by the band over their 17 year career, Skindred’s Rude Boys For Life chronicles the band’s rise: through the making of all six studio albums, including new album, Volume, to exclusive, unseen, behind the scenes footage of five world tours; through the early days – touring the USA in a van, to the birth of the now infamous Newport Helicopter at Download Festival 2011, culminating in their headline set to a million people at Polish Woodstock.”

Dan continued “A must for any Skindred fan, gain unparalleled access in to the band’s life on the road, and hear them talk candidly about the highlights, the pitfalls, and how they’ve maintained inter-band relationships over the course of their career.”

Following the band’s excellent tour supporting Steel Panther earlier this year, Benji Webbe and the boyos are headlining their own dates with support from Crossfaith and Hed PE