Skunk Anansie are soon to embark on their 2019 UK Tour 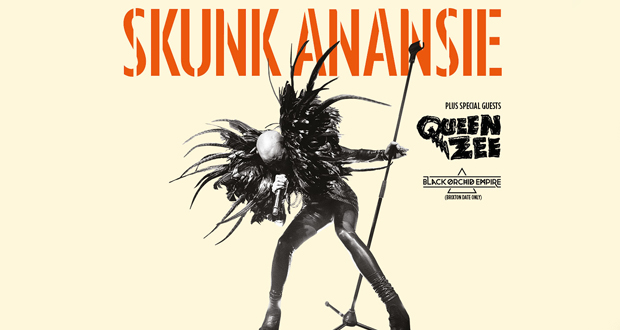 Skunk Anansie are back to celebrate the release of the 25th Anniversary live album 25LIVE@25. This being such a long awaited tour, it is no surprise that London, Manchester and Bristol have all sold out. Though have no fear as extra dates have been added for Brighton, Bournemouth, Cambridge, Leeds, Glasgow, Newcastle, Nottingham and Cardiff! On the tour with this iconic band is Liverpool based extravagant punk’s Queen Zee at all UK dates.

This huge UK tour follows on from their popular European tour, with dates in Denmark, Netherlands, Luxembourg, Switzerland, 6 dates all over Italy!

With a career spanning 3 decades this long awaited tour will be nothing short of fantastic. Skunk Ananise have received multiple Top 40 singles and Top 10 albums that have proved popular all over the world, playing to sold out crowds in stadiums and arenas with also a headline spot at Glastonbury in 1999. To add to the band’s huge list of accomplishments lead vocals Skin, was awarded “Inspirational Artist” award in 2018 by Music Week Women in Music.

The new album 25Live@25 is an audio-document showing Skunk Anansie not to be missed live presence in their career. Now with the upcoming tour we can see first hand why they have enjoyed such an illustrious career

Full dates for the UK are tour are:

For ticket information head to skunkanasie.com. 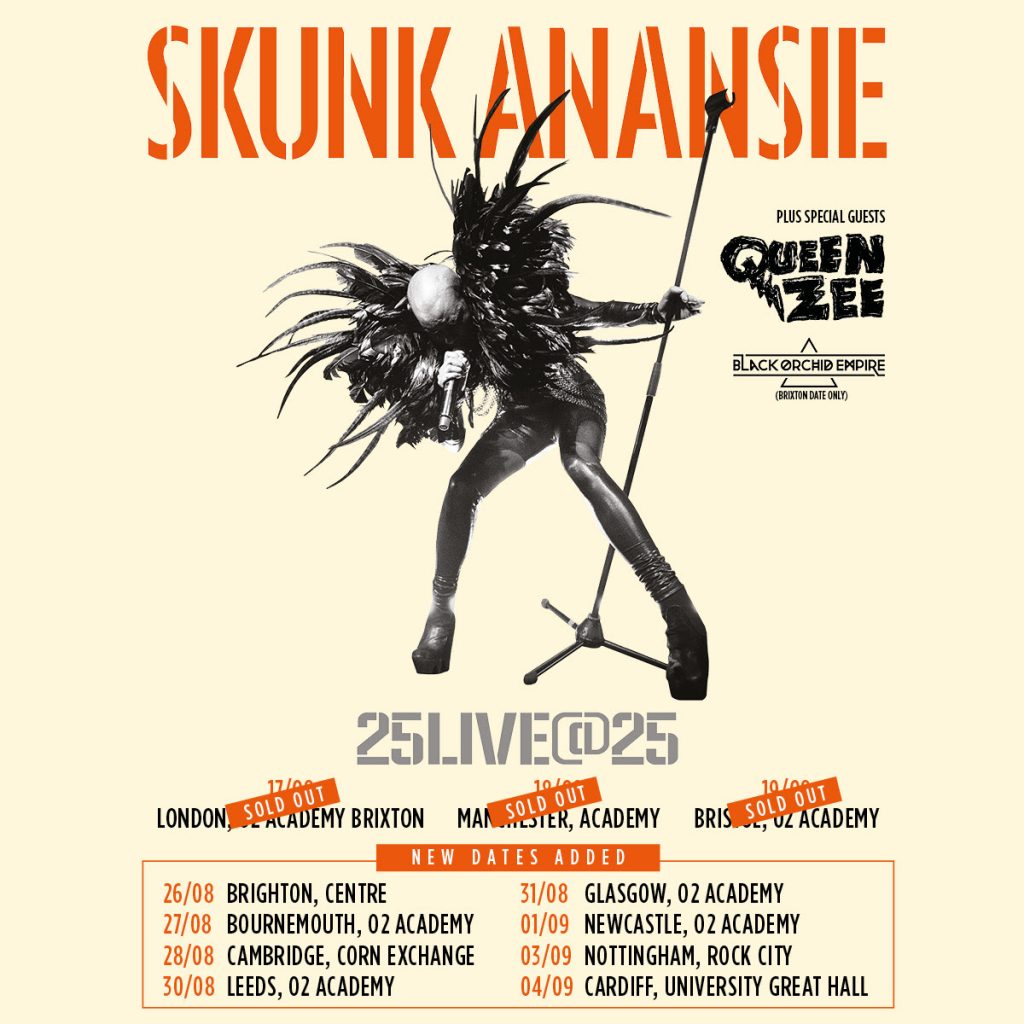