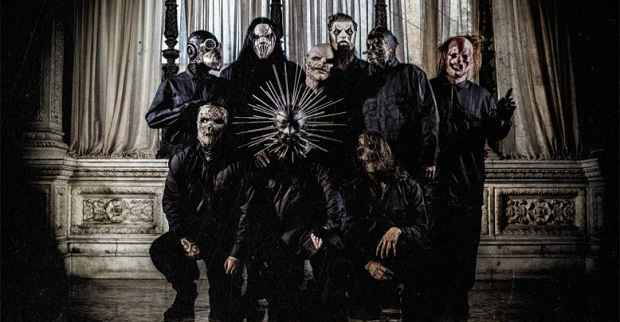 Slipknot has unveiled a brand new song titled ‘All Out Life’ accompanied with a music video directed by the band’s own M. Shawn Crahan.

Fans were presently surprised, there were rumours of a Slipknot track but fans were not expecting new music so soon,  the track, which was first premiered on “Zane Lowe’s World Record” on Beats 1 on Apple Music, has since gone on to out stream imagine dragons new track which was released on the same day, much to Corey Taylor’s delight, Corey promptly re-tweeting fans excited statements on the subject. The track has also gained a massive 5.5 million views on YouTube since its release.

Talking to Zane Lowe about the new track Corey states.

“Everybody talks about toxic masculinity and toxic fandom, these days for me, it’s more about this toxic idea that unless something came out ten minutes ago it’s not any good, and that bothers me, you know, it’s like I love new music but at the same time don’t turn your back on the people that worked to make a platform for you to have a platform in the first place, so for me it’s really about, it’s a rallying cry for everyone, it’s about all of us getting together and saying, you know what, let’s not talk about old, let’s not talk about new, let’s talk about what is, let’s talk about what’s good, what’s real and get behind that and start embracing things that matter because there’s history there, and not just because it’s the next best thing..”

Also speaking about the track is SLIPKNOT’s Clown , M. Shawn Crahan who directed the new video for the track he states, “Right now is a very exciting time for SLIPKNOT. We’ve been working on new music for the last two years, and All Out Life, the song and the video, is just one of many concepts in the works. It’s a fitting taste to get you to the next thing. Get ready for what’s to come. We challenge you to All Out Life.”

Slipknot have been hinting that the current album is going to be by far some of their heaviest work yet, and judging by the sound of the new track fans will not be disappointed, if this is a taste of things to come then it seems Slipknot have gone back to their Roots and more.

Slipknot have also announced  tour dates and a very special home town show performance at the Iowa State Fair set for 10TH August 2019 and before that the band will also head to the UK to play the iconic Download festival.