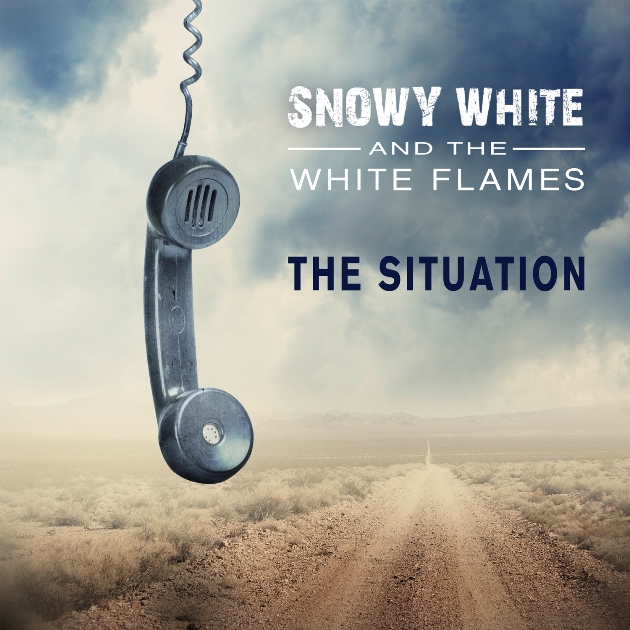 Former Thin Lizzy guitarist Snowy White is about to release his latest solo album. A man also renowned for his live work with Pink Floyd, plus Roger Waters and Fleetwood Mac’s Peter Green, and of course his own solo work, notably Top 10 hit single ‘Bird of Paradise’.

The Situation will be released on 19th April and is preceded by its lead track in the form of a single out now. As with previous releases it will go out under his Snowy White & The White Flames banner head.

Having heard the single, it’s like Steely Dan making out with Santana in the dark as hot Latin fingers dance up and down the strings of a flamenco guitar, parting abruptly as sharp dressed gangsters check out the scene with heat-seeking electric blues-soaked rocking guitars.

“These songs are my expression of where I was in 2018,” reflected the guitarist. “Up and down, good and bad, weak and strong – it’s all here… Just doing my thing as usual, enjoying playing with all my musician friends.” And across the breath of the album’s 12 tracks you will find Max Middleton (piano/keyboards), Ferry Langendrijk and Jessica Lauren (keyboards), Kuma Harada and Walter Latupeirissa (bass),  plus Juan van Emmerloot and Jeff Allen(drums) all featured.

Discussing individual songs, it’s apparent the album does indeed act as musical journal for the year gone by.

“‘The Situation’ – well, we’re all in a situation of some kind or another. ‘This Feeling’ – When did I lose it? Time passes and we all see changes in ourselves. ‘LA Skip’ – Venice Beach in LA, watching the jugglers as the sun went down and the air cooled. We ‘Can’t Seem To Do Much About It’ – Hmmm, well, maybe that’s a bit defeatist, but things do seem to be getting out of control. ‘Crazy Situation Blues’ – Got the blues in my heart most of the time, that’s just the way it is. ‘Blues In My Reflection’ – Someone somewhere out there loves me? I wonder…

“So, ‘Why Do I Still Have The Blues?’ – Good question. But one thing I do know is that ‘You Can’t Take It With You’ – So better make the most of it while you can. I need a change of direction maybe?  ‘Migration’– A new environment, could do the trick. It’s hard out there though, can’t always trust what you hear, plenty of people playing ‘The Lying Game’. Well, we can only make the most of things, go through these ‘Hard Blues’ and hope to come out the other side in one piece. As for the future, getting older, some hard times coming and, honestly, ‘I Can’t Imagine’ how it’s going to be.”