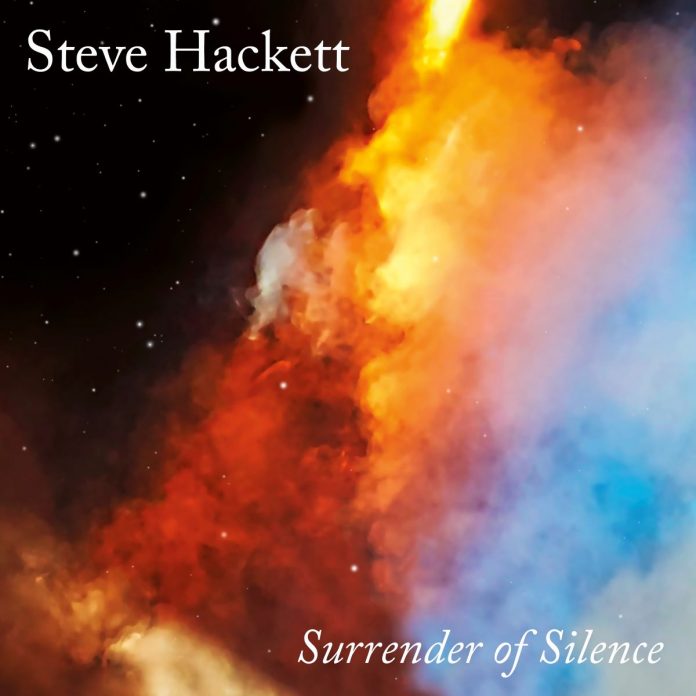 Legendary guitarist Steve Hackett releases his new studio rock album Surrender of Silence on 10th September this year, through Inside Out Music.

Ahead of that Steve Hackett has begun releasing accompanying videos featuring tacks from the album. The latest is ‘Natalia’.

“The weight of the Russian nation – My music at its most Slavic, inspired by all those stunning Russian classical composers and telling the story of that emergent nation with its struggles for power,” commented Hackett on the track, adding: “Natalia is a Russian Everywoman, constantly thwarted by a series of oppressive regimes”.

For those old enough to remember the World At War TV series they’ll find echoes of it in both scenes featured in the animated video and certain of the starker orchestrated sections. Elsewhere it trips between dainty ballet-like movements as Hackett narrates Natalia’s life story and more harrowing marches unto death, never rushing as it loosens into an extended classical section with dervish like guitar soloing. Thoughtful indeed.

Previous to this, Hackett released videos for ‘Wingbeats’, and ‘Fox’s Tango‘ – You can watch the videos for all three tracks here at RAMzine.

Regarding ‘Fox’s Tango’, Hackett commented that it was: “A protest song at life’s inequalities – In other words, the poor versus the rich. With current conflicts, if we can’t learn to share the land, we’ll find ourselves sharing the graveyards.

“A song for an unbalanced world. ‘Fox’s Tango’ has my playing at its angriest. I really let rip here!” And he does, as you’ll hear in the video.

Previous release, ‘Wingbeats’, evoked both African tribal rhythms and a certain sandy shore romanticism, topped by a guitar motif and vocal duet with Amanda Lehmann; and it’s around the 4 minute mark matters get decidedly prog-like.

Guitar fans will enjoy the single’s official video where it hones in on his double-hand tapping, a method he quietly pioneered back in the seventies.

Surrender of Silence comes hot on the heels of his classical-acoustic travelogue album Under A Mediterranean Sky, that was released in January and hit Number 2 in the UK Classical Album Chart. Surrender of Silence is a further exploration of Hackett’s love of world music, discovering different sounds, moods and textures to deliver a rock album of extraordinary variety, power and beauty.

Recorded once more during lockdown, Hackett has called upon some of his musical friends from across the world to contribute. Hackett’s regular touring band of Roger King (keyboards, programming and orchestral arrangements), Rob Townsend (sax, clarinet), Jonas Reingold (bass), Nad Sylvan (vocals) and Craig Blundell (drums) are featured.

“Lockdown cobwebs are blown away in one fell-swoop here!” exclaimed Hackett. “With the monster rhythm section of Jonas, Craig, Nick and Phil along with Rob’s soaring sax and bass clarinet, Nad, Amanda and myself on vocals, Roger’s darkly powerful organ and my guitar, we plunge full-pelt into that wild release of energy.”

This journey takes one from the classical orchestrations of Russia (‘Natalia’) to the plains of Africa (‘Wingbeats’) to mysterious Eastern shores (‘Shanghai To Samarkand’), all via the ocean’s depths (‘Relaxation Music for Sharks (Featuring Feeding Frenzy)’). ‘The Devil’s Cathedral’ pools the talents of Hackett’s entire touring band and features King’s atmospheric Gothic organ and a powerhouse rhythm display from Blundell and Reingold.

Apparently, Hackett’s vocals have never been bettered and his duet with Amanda Lehmann adds emotion to ‘Scorched Earth’ a lament for the environmental horrors facing our planet. Throughout Hackett’s guitars are described as adding “a rich tapestry of colour with soaring solos and intricate weaving melodies”, as one might expect.

The full track listing is ‘The Obliterati’, ‘Natalia’, ‘Relaxation Music For Sharks (Featuring Feeding Frenzy)’, Wingbeats, ‘The Devil’s Cathedral’, ‘Held In The Shadows’, ‘Shanghai To Samarkand’, ‘Fox’s Tango’, ‘Day Of The Dead’, ‘Scorched Earth’ and ‘Esperanza’.

“It’s a no holds barred album,” Hackett commented, “riding that wave, unleashing those demons, dreams and nightmares, all crashing together over the shore.

“I enjoyed the power of this album allowing my guitar to scream in joy and rage… and once again flying across those oceans to distant lands. It’s terrific to connect creatively with musicians from far flung places, particularly when we’ve all been unable to meet. We all have a voice in our cacophony of sound and we cry out together in the Surrender of Silence!”

Hackett shares writing credits with both Jo Hackett and Roger King on several tracks. All tracks were recorded by King and produced by Hackett with King at Siren.

Surrender of Silence will be released on 10th September in a variety of formats.