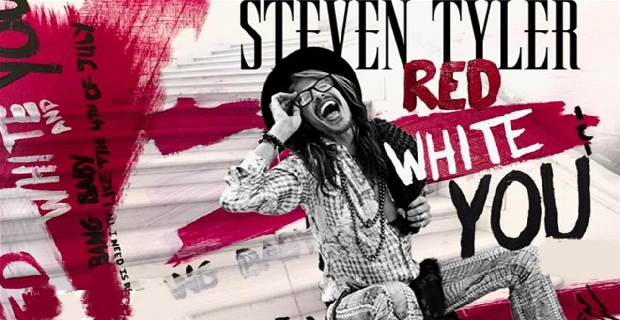 Eight months after the release of  ‘Love Is Your Name,’ Steven Tyler is giving us another taste of his forthcoming country-influenced debut solo album, a song called “Red White & You”.

The track, which his record company describes as an “American uptempo country anthem,” was produced by Tyler and Dann Huff and it was also co-written with Nathan Barlowe, Levi Hummon and Jon Vella. ‘Red White & You’ demonstrates a very different side to the rock icon’s upcoming country album on Dot Records, an imprint of Big Machine. It is, in fact, an unapologetic slice of good time commercial country, a glorious illustration of how to weave the famous slide guitar and banjo-jangling sounds of country with the huge radio-friendly choruses that have been synonymous of Tyler’s highly prolific musical career to date.

Tyler’s full-length country debut is tentatively due later in the year but as of now there is no official release date. The American rocker has been in Nashville working on the record for nearly a year, though Aerosmith‘s summer tour delayed things a bit. Even though he publicly admitted that his band-mates weren’t too happy with his decision to go solo, they still remained quite supportive.

Check out the track ‘Red, White and Blue’ below: