When King King play live, vocalist/guitarist Alan Nimmo dedicates ‘You Stopped The Rain’, to his brother, Stevi Nimmo. The pairing having previously headed The Nimmo Brothers, for whom new bass player Zander Greenshields was also a member. Prior to the coronavirus pandemic setting in, a few select summer dates had been announced for that earlier band to return to live performance. Now it transpires the elder Nimmo brother has joined King King.

Stevie Nimmo will appear live, on guitar and vocals, with King King when they return for their rescheduled UK tour this October. It was also recently revealed he has been involved with the writing of the band’s new album.

“As I have done on several occasions in the past when it comes to writing… I enlisted the talents of my big bro (Stevie Nimmo) to add some of his flavour to the songs alongside the other lads and when you hear the new album you’ll be able to spot his voice in the background on several songs,” said Alan Nimmo.

“This started me thinking that it was time to take the next step in the natural evolution of King King! So not only will Stevie be present on the new album but when we embark on our October tour you will see an addition to our already outstanding line-up of Jonny Dyke, Zander Greenshields and Andrew Scott… We will welcome Stevie to King King as our newest member!

“This is something that I have been thinking about for a long time and I feel now is the right time. I am extremely happy to bring Stevie in to the band as I feel that musically we raise to another level and it will be so exciting for not only us but for our fans too who I know already have a lot of love and respect for him!

“I am really looking forward to properly showcasing the new line-up for our fans. I can confirm that the lads are super excited to get out there and play for you. We have been working so hard on the new album and the results have been so satisfying… the response to our first single ‘I Will Not Fall’ which was A-listed on Planet Rock has been amazing.

The whole team at King King can’t wait to see all of those smiling faces in the crowd!!! Our King King family reunion is going to be awesome!”

For previous new on the band and their upcoming UK tours for both this year and next click here.

“As it already felt like it was so long since we had the chance to play in front of our UK fans, the tour in April had us so excited with anticipation,” said Alan Nimmo. “So, you can imagine our disappointment when it had to be postponed! However, it brings us great joy to know that we’ll be playing some dates in October and that at least for some…. The wait will be over! 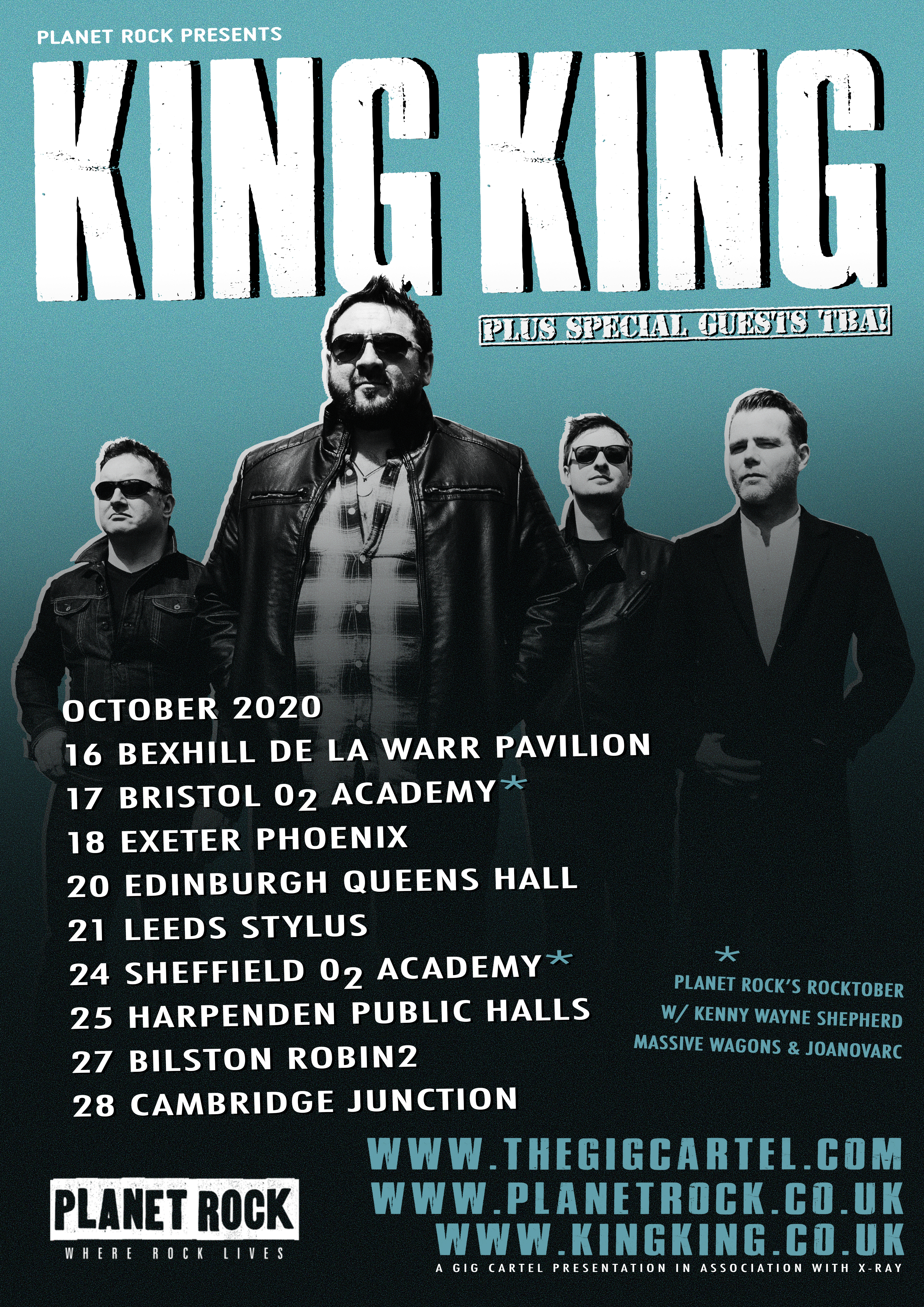