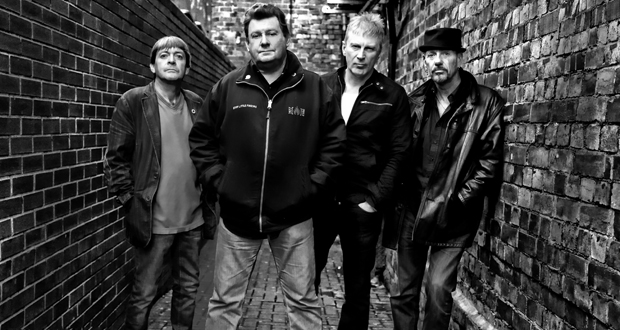 Only last year did Stiff Little Fingers release their critically acclaimed ‘No Going Back’. Although there is no going back to the ‘glory days’ and foundations of U.K punk, there is still plenty of room to enjoy some of the remaining gems. Alongside the likes of The Clash, Sex Pistols, The Jam, Buzzcocks, Undertones, Sham 69, Stranglers (to name a few) Stiff Little Fingers can just about call themselves punk legends.

They have a plentiful back catalogue to stake their claim, their most recent being the aforementioned ‘No Going Back’. The ease of accessibility to music is invitation enough to journey through the bands history and discover music that may have passed you by. Something great to see is bands sticking it out to bring you music for as long as they have it in them. In the case of this tour, an opportunity to re-live a little bit of that 70’s punk history.It was 1977 when they first formed, a 5 year split in 1983 was followed by a crowd-pleasing re-union and ever since the band have continued to produce music.Taking place 39 years after their establishment, a 2016 tour with special guests ‘Ricky Warwick & The Fighting Hearts’