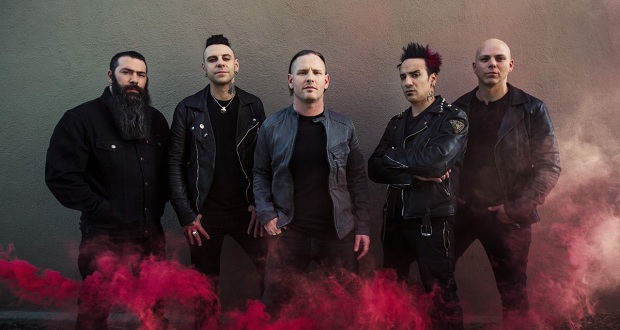 Corey Taylor is always a busy man, whether it’s with SlipKnot, solo work, books, or in this case -Stone Sour.  The band have just confirmed a UK tour and released a video for their new track ”Song #3′ (below):

UK tour dates are below:

Support comes from The Pretty Reckless.

‘Song #3’ is taken from Stone Sour’s upcoming sixth studio album ‘Hydrograd’, which is released on June 30th via Roadrunner Records.

The album also includes their recent single ‘Fabuless’ (below). Pre-orders come with instant downloads of both ‘Fabuless’ and ‘Song #3’.   Secure your copy or stream the new songs over at https://stonesour.lnk.to/Hydrograd.