Testament to conquer the UK with four date tour. 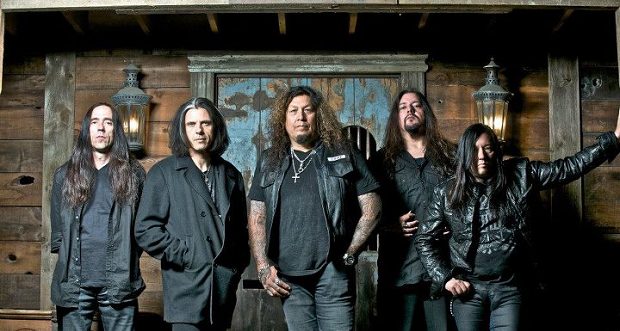 Thrash metal royalty and icons Testament have announced an extra two shows to their previous two show tour, bringing their tour to Oxford and London making a total of four shows. Starting their tour on the UK soil in Oxford, Testament will then hit the previously announced Leamington Spa and Southampton, before ending their tour with a special event being named Thrash ‘n’ Bowl at the Brooklyn Bowl, London. A special show with VIP/bowling with the band tickets available.

Chuck Billy, the bands dominating frontman spoke out about the tour:

“Testament are excited to be playing some club dates in England. It’s been a while since we have played some intimate shows there and we can’t wait. Be ready for a great night of thrash metal!”

Since their outstanding last studio release ‘Dark Roots Of Earth’ in 2012, they have toured hard, recorded and released a live 2 CD/DVD/Bluray ‘Dark Roots of Thrash’ and for the past year, have worked away in the studio on the follow up release expected this summer through Nuclear Blast.

Testament will be playing at the following locations on the dates below, you can purchase tickets for each event by clicking on the links:

Thrash ‘n’ Bowl is limited to 96 VIP/bowling with the band tickets at the Brooklyn Bowl.