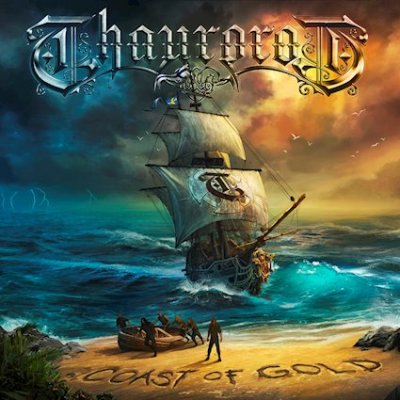 Musically, Finland’s town of Hyvinkää where they hail from is best known as a hotbed for black metal, so an act like Thaurorod practically get viewed as deviants. The band is used to overcoming obstacles though, operating a revolving door of members in their formative years but founders Pasi Tanskanen (bass), Joonas Pykälä-aho (drums) and Emil Pohjalainen (lead and rhythm guitars) have stuck together through thick and thin.

Between 2005-2007, Thaurorod released three self-financed EPs, sold independently around the globe, and were then signed by Austrian NoiseArt Records and its close cohort Rock the Nation management. This resulted in the albums Upon Haunted Battlefields in 2010 and Anteinferno in 2013, and tours supporting the likes of Sabaton, Symphony X, Nevermore and Alestorm, while Pohjalainen was co-winner at the Guitar Gods Festival in Miami back in 2016.

Thaurorod have often been likened to groups such as Sonata Arctica and DragonForce, and their music has been described as “fast-paced, symphonic power metal, glistening with the kind of catchiness and melodic sensibility that puts the competition to shame”. With a 15 year career behind them, they’re obviously doing something right, and expectations are high for Coast Of Gold, their third album. The band is completed by
Andi Kravljaca (vocals), Lasse Nyman (lead and rhythm guitars) and Harri Koskela (keyboards).

Coast Of Gold finds the bands delving into both history and fantasy over its ten tracks, wherein we’re promised “unforgettable power metal shanties” in the form of ‘Power’, melodic hooks on numbers such as ‘Cannibal Island’ and the title track itself. You can find out for yourselves on 16th February but check out new single ‘24601’ right now here at Ramzine courtesy of the video below.