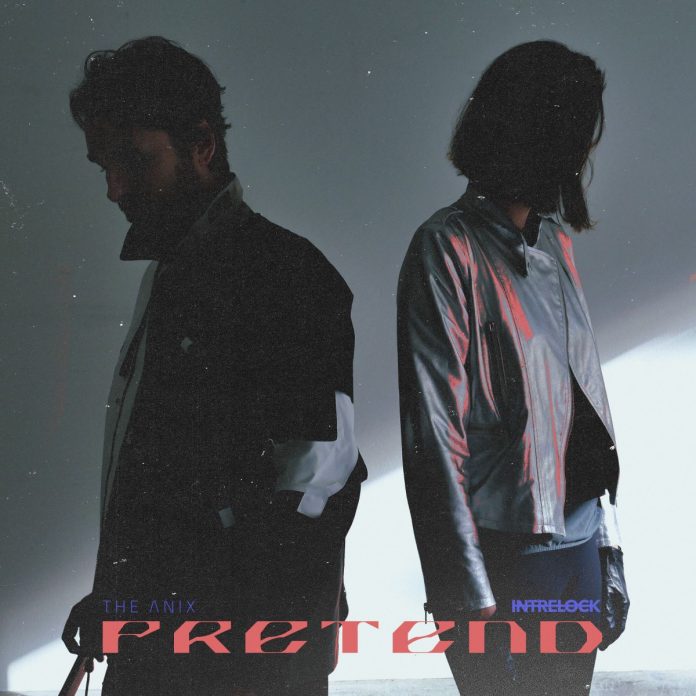 The Anix‘s cutting edge signature sound faces off against the dark, dreamy vocals and ethereal vision of Intrelock as they join forces for the alternative techno-industrial track ‘Pretend’, out now via FiXT.

The Anix is an electronic-rock artist and producer from Los Angeles who mixes alternative rock elements with dark melancholic undertones drenched in an endless array of synthesizers, with a bass heavy foundation to anchor the overall sound.

“Intrelock is a dark dream pop project which can be very abstract, focusing more on creating a mood than highlighting talents,” said The Anix. “I wanted the song to feel like two forces fighting against each other, almost like a back-and-forth battle.”

The verses have a heavy industrial techno drum and bass section with distorted vocals, then the pre-chorus starts lifting you away and out of the darkness. The chorus is the combination of the two worlds, combining both the voices in a massive ethereal atmosphere that has tonal qualities that could allude to a pop song, yet a darkness which weighs it down and keeps the mood in check.

‘Pretend’ is out now on all platforms from independent electronic rock label FiXT.