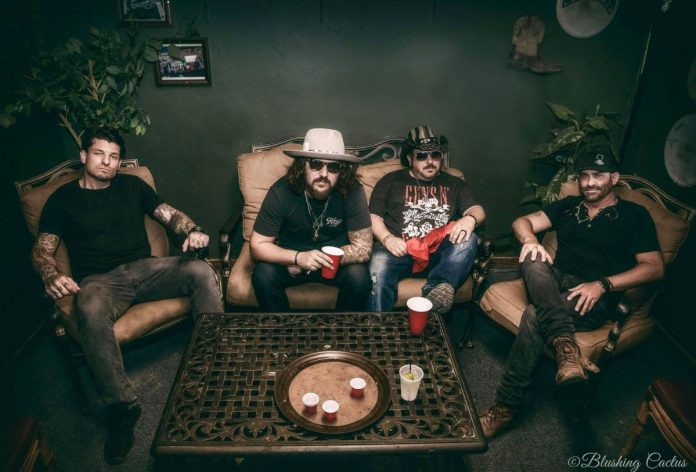 Kicking up a ton of dust in their two-year existence, Phoenix rock/red dirt crossover act The Bayou Bandits release new single, ‘Gasoline’, that will also appear on their new album, Arizona Stepson, that is due this coming summer.

The band has performed shows with artists as diverse as Steel Panther, The Black Moods, David Nail, Jonathan ‘Boogie’ Long (who they toured with in 2020) and others, appeared on US TV’s The Klepper Show and been featured everywhere from The Phoenix New Times to The Entertainer, National Veterans Magazine and more … And now they have a new single to put in front of your face.

‘Gasoline’ has been described as “a barn burner of a track.” An anthem for everyone from college frat guys to the downtrodden, frontman Joshua Strickland spits venom as he proclaims: “Go get me Gasoline
Go Get me a lighter, To all that doubted me, You’re gonna fuel my fire”.