The Best of Trapeze 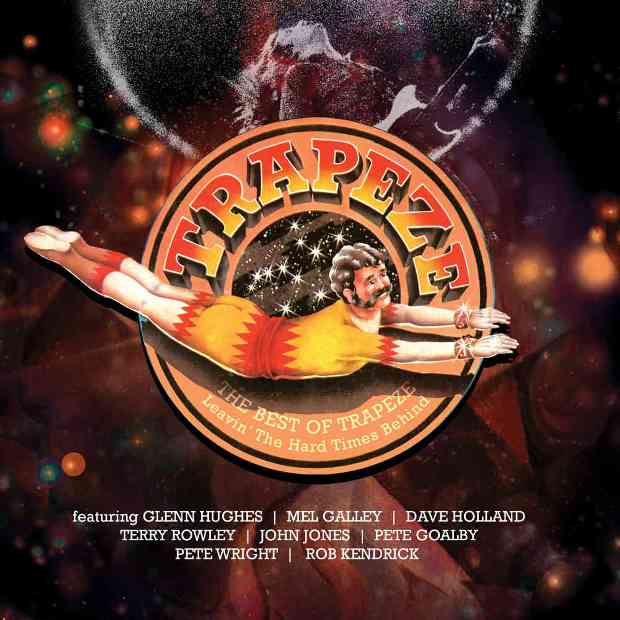 Leavin’ The Hard Times Behind – The Best of Trapeze is a 2 CD collection of the classic rock band, led by guitarist Mel Galley, out on the Cherry Red record label as of 22nd November.

That members of Trapeze would go onto to join such heavy weight rock act as Black Sabbath, Judas Priest, Deep Purple, Whitesnake, Budgie and Uriah Heep and perform with the likes of Toyah Wilcox and Moody Blues offshoot The Blue Jays too often denies the band its own rightful place in the annals of music, not least as pioneers in the funk rock genre.

Alongside Galley on guitars and vocals sat drummer Dave Holland and bass player/vocalist Glenn Hughes in their most celebrated line-up, John Jones (vocals/trumpet) having appeared on their eponymous debut as did Terry Rowley (keyboards/guitar/flute) who would also guest on future albums. When Hughes left, bass player Peter Wright and guitarist Rob Kendrick joined for the band’s stateside hit album Hotwire and beyond, with the latter being replaced by vocalist/rhythm guitarist Pete Goalby for Hold On.

It should be noted other musicians also played with the band live during their time together, and there are said to be unreleased recordings of the band that also exist.

This compilation takes in tracks from all their previously released studio albums; from the original line-ups’ pop sensibilities to the power trio versions’ classic 70s rock sounds through to their developing funk and hard rock styles as a four-piece act. Leavin’ The Hard Times Behind also features a live concert from 1977, recorded interviews and a liner note booklet on the band’s history.

As a taster to the band it’s a good mix but it also has to be said each album had its own sound and is worth exploring on its own merits.