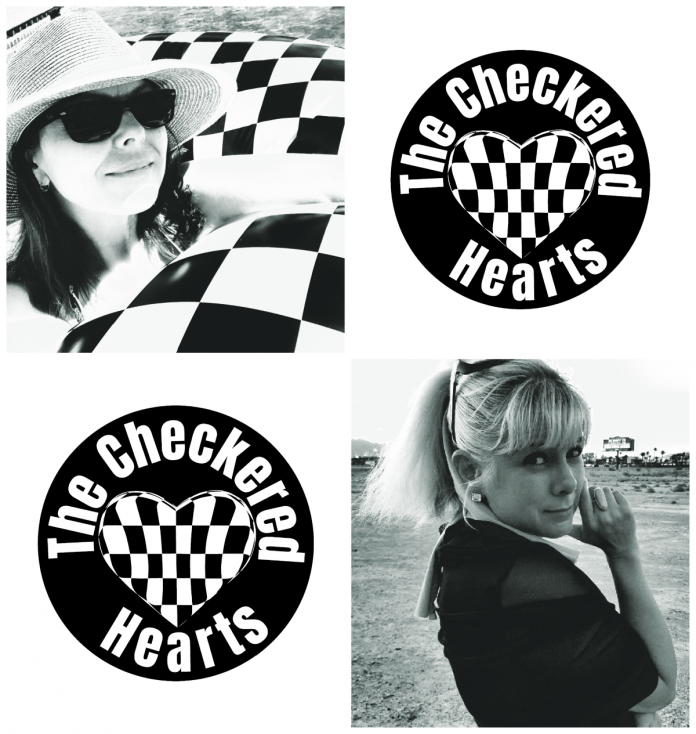 Lisa Mychols and Hillary Burton met in Junior High School and formed their first band before they could even drive. Years later, they formed the duo Nushu, releasing two full-length critically-acclaimed power pop albums: Nevermind Lullabye (2007) and Hula (2010), since then they’ve moved on individually musically but come back together as The Checkered Hearts.

Lisa Mychols’s first solo album, Lost Winter’s Dream, back in 1991, was recorded with future members of the Wondermints, and described as “a seasonally-themed masterpiece of 60s-inspired pop”, her most recent album being 2018’s Sugar, fitting them in between playing in bands like The Masticators, Lisa Mychols 3, and her current band The Seven and Six.

Hillary Burton leads the alternative rock power trio, Honeychain, who released their most recent album, Pocket Full Of Good Luck, in July 2020, through . She was also the most recent drummer for The Pandoras, having been asked to join by her friend, and Honeychain producer, Kim Shattuck back in 2015., touring through Europe and appearing on 2019’s Hey! It’s The Pandoras album. She also contributed vocals to the UK-based Atomic Suplex’s cover of ‘Really Stupid’ ( by The Primitives) featured on the Neon Maniacs Compilation.

Together again as The Checkered Hearts, they pride themselves on having a sound that is a mixture of explosive power pop and reminiscent of long-lost favourites of the 80s and 90s. Their new EP, Joystick, is a collection of classic covers, plus a special original number included as a bonus track.

You can stream/buy Joystick here and check out the lyric video for ‘My Best Friend’s Girl’ right here at RAMzine.