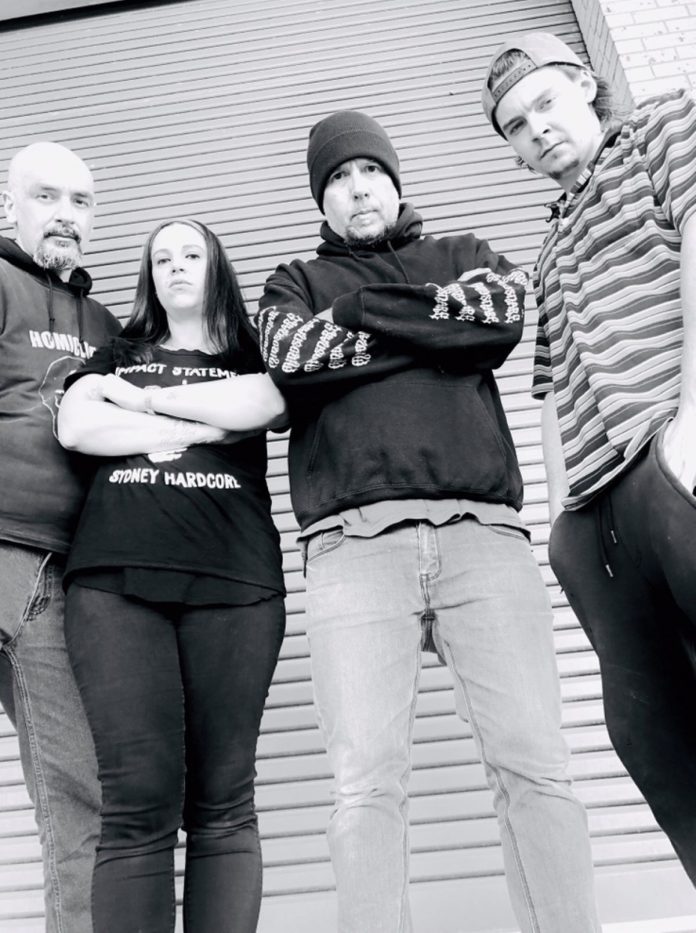 Excessive Force play fast, angry, hardcore punk; painting a bleak picture of how they see the realities this world, without pulling any punches.

The Sydney-based band are fronted by scene veteran Con Wog (Impact Statement, The Blurters) and will release their first single, ‘Live Life For Idiots’, on 5th July, on all digital platforms.

Then they will follow that later in the year with their debut album, Kill The Pigs, released through Riot Records/Innercity Uprising.

‘Live Life For Idiots’ is said to be the “more mellow song” on the album. Described as an angry slab of old school hardcore, as such it suits a band influenced by the likes of Minor threat, Agnostic Front, Slapshot, Toe To Toe and Rupture.

Excessive Force are not for the faint hearted, but you can pre-save/pre-order ‘Live Life for Idiots’ here.