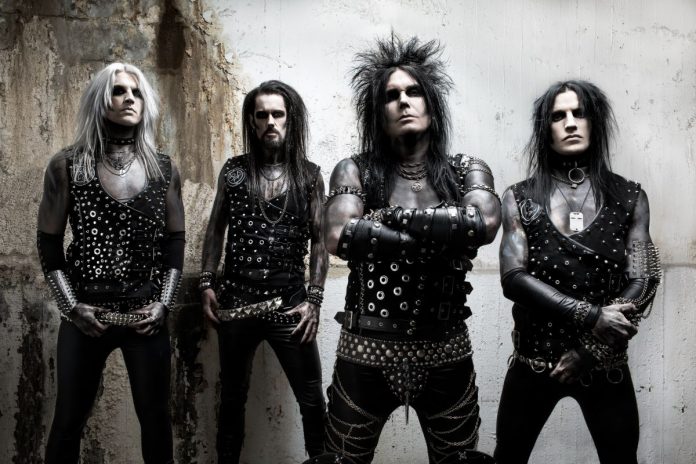 This heavy track is said to be “filled with melodic hooks that thematically dives into the darkness inside a person’s mind”.

You can order the single here and catch the lyric video for it right here at RAMzine.

ToxicRose got together in Stockholm, Sweden, back in 2010, and soon made an impression within the metal community there, both for their unique look and mix of dark sleaze and heavy metal.  Their self-titled EP and first full-length album, Total Tranquillity, were both accorded what’s been described as “ravishing reviews worldwide”.

2018 saw Johannes Sandberg recruited as bass player and the band has continued its passion for big and epic songs with classic anthem like choruses since. ToxicRose is a band looking forward to performing live again, where the band’s intent is to “always promise you a wild night filled with energy!”

Previous single ‘Domination’ was “a fast and aggressive, trash metal flavoured fist in your face!”. It can still be purchased here and you catch the official video for it right her at RAMzine.