Infamous Stiffs Get it Straight! 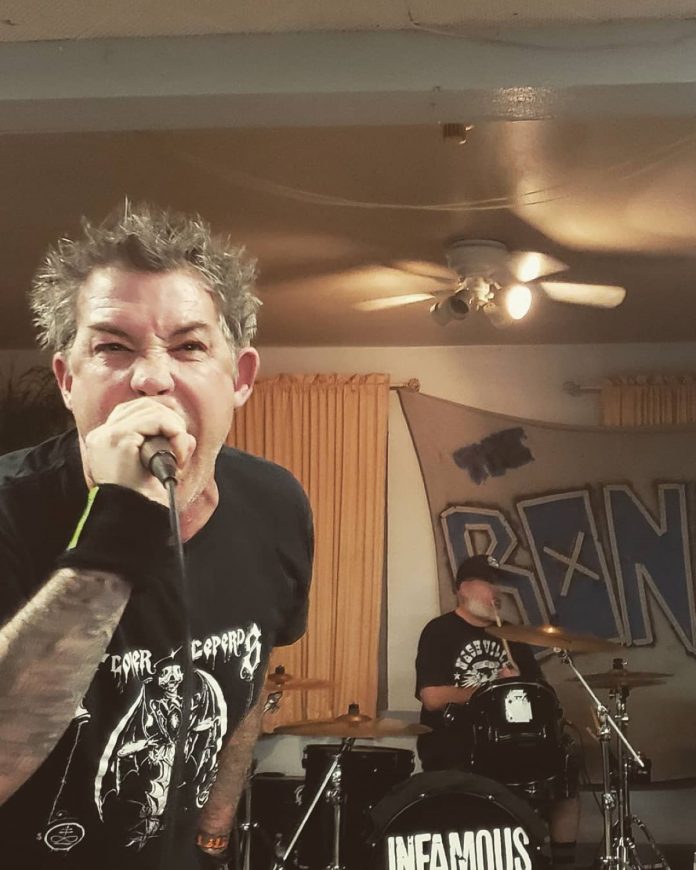 After recently releasing two singles, ‘Shakedown’ and ‘Freak Parade’ (accompanied by a video featuring an all-star punk rock cast), Southern Californian punk rockers Infamous Stiffs are back with their brand new single and an accompanying video for ‘Get It Straight’.

‘Get It Straight’ is out now via Die Laughing Records.  The song has been described as “an explosion with high octane guitars and rapid-fire drums” and “a knuckle buster.

Formed in 2019 in Southern California, the members of Infamous Stiffs spent decades playing punk rock ‘n’ roll in various incarnations… All roads leading to the sonic condition that is their band today.

You can watch the video for ‘Get It Straight’ right here at RAMzine and stream/buy it by clicking here.