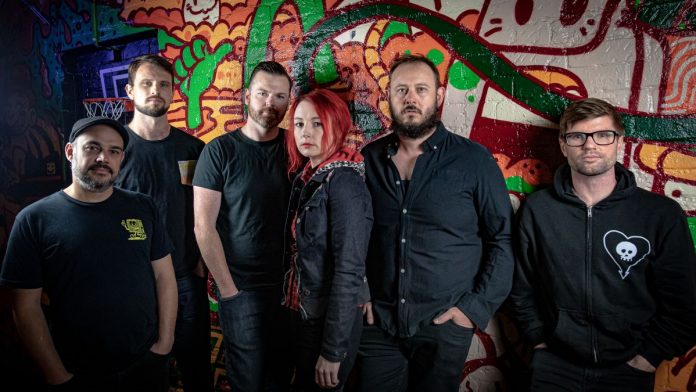 A six-piece Celtic punk band from Australia? Too right, cobber! In fact, The Ramshackle Army broke out of the Melbourne pub scene way back in June 210, and made multiple trips to the States and elsewhere since and on 2nd July their new Highflyer EP via Riot Records.

Drawing influences not only on the punk rock sounds they grew up on, but the Celtic traditions of their family history and Australian colonial heritage, the band’s is a most marketable sound.

A year after forming they were supporting The Dropkick Murphys on their Australian tour, and subsequently invited to join them for their St Patricks Tour of the East Coast of the USA, thus initiating audiences there as of 2012 and going on to support others and play festivals ad shows of their own there. An on it went.

In February 2020, the band recorded a blistering 5 track EP, to get back out on the road and build towards something bigger. Then covid appeared. A lost 12 months had the band sit on the new recording until the right time. However, this extra time also afforded the band the opportunity to sign with Golden Robot/Riot Records and together in 2021 they are teaming up to release The Ramshackle Army’s new Highflyer EP.

The band has gone straight on the road promoting the upcoming release and plotting their next moves.  For a band who have played places they never envisioned, with bands they take inspiration from and generally achieved much more than they set out to do, stepping it up in this year is no easy feat, but 2021 could prove to be their best year yet.

Earlier this year, they released ‘Rise And Fall’, the first single off Highflyer . Anthemic in its approach. It blends catchy fiddle and mandolin lines with harmonised singalong choruses. The driving rhythm section and muted guitar lines maintaining the pace for this up-tempo track, that lyrically attempts to tackle the sentiment of life’s fair share of struggles and victories.

You can listen/order ‘Rise And Fall’ here and watch the video to it right here at RAMzine and order Highflyer here.