The Crooks are Wondering 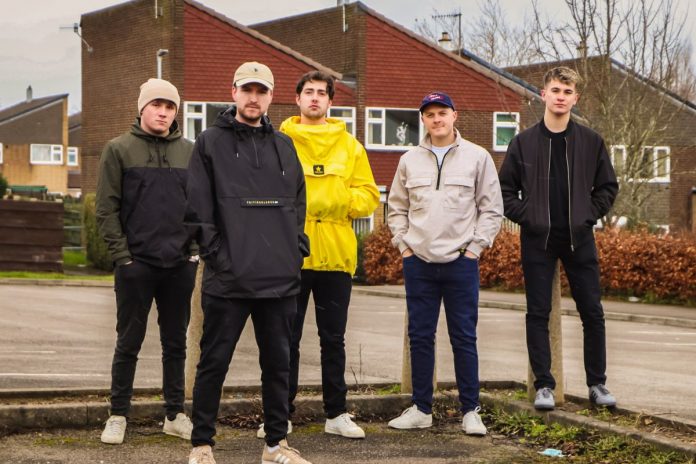 Five-piece indy rock band The Crooks hail from Chesterfield, England, best known for the famous crooked spire of the Church of St Mary and All Saints, though if the band has its way, then they’ll topple it… Such thoughts on overcoming the odds are present in their new single, ‘I Wonder’ that will be out on 4th June via Golden Robot Records.

‘I Wonder’ is about breaking the shackles of a worldwide pandemic and The Crooks kickstart a warm, fresh sound in this song. Realising how life was, while also looking forward to how life can be, the ultimate lesson is – Be free.

Using a dark time in everyone’s lives as a way of discovering a way into a brighter future, the song is intended as a one way ticket to a new mentality with no plan on ever looking back.

Jacko, Chris Stones, Duncan Couch, Conor Fletcher and Jonathan Keele’s intent as The Crooks is to “deliver a villainously huge melodic, anthemic wall of sound”, while dawing influence from the likes of DMA’s, The Brian Jonestown Massacre and Verve topped off with a nicely adopted punk tinge.

Back in 2019 the band began releasing what’s been a series of singles, more recently an edgy rock anthem called ‘Silhouette Sunshine’ and ‘Frankie’. Previous to those were the expressive ballad ‘She Walks Alone’ that received over 26,000  streams in its first week on Spotify alone, something of an achievement for a band only nine months old, and ‘In Time’, that received international radio airplay.

You can watch the video to both ‘I Wonder’ and previous single ‘Frankie’ here and order ‘I Wonder’ here.