The Darkness to play Soccer Six 2017 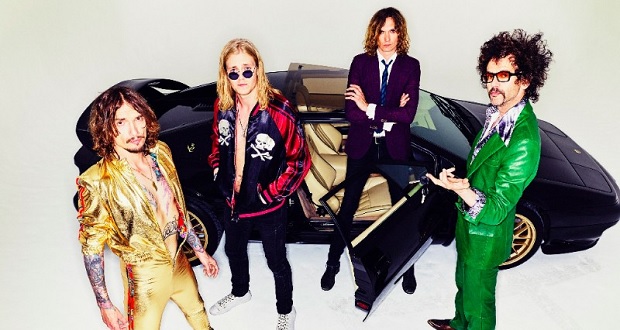 British hard-rockers The Darkness have been confirmed to take part in this year’s Soccer Six charity match.

The foursome will be competing in a charity match amongst other celebrities on September 17th at Mile End Stadium.

Previous Soccer Six matches have seen the likes of Iron Maiden, Def Leppard, Oasis and Blur appear to raise money for charity on a day of football and live music.

“We are delighted to bringing so many different musical genres and back to our original home at Mile End Stadium at the start of our 21st anniversary year celebrations with our Soccer SixFest. Soccer Six was integral in capturing the moment in the 90’s Brit Pop era and feel a similar exciting mood happening all over. Add to this an eclectic mix of known celebrities and the multi platforms for media this time we are beyond excited to be at the forefront of this wave of optimism and excitement.”

Tickets can be purchased here.

Check out The Darkness’ latest video ‘Solid Gold’ below: