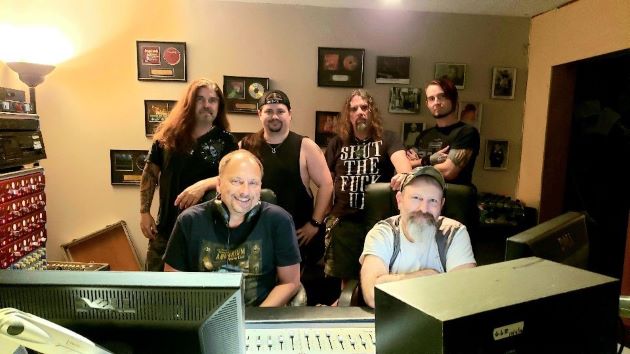 North Carolina hard rock outfit, The Fifth is currently hard at work on a new EP, Ascension, that will see the light of day later this year through EXS Records and be distributed both digitally and to retail outlets by The Orchard/Sony Music via Vanity Music Group.

Produced by the band themselves and recorded by Andy Pow at Digital Wave Recording in Fayetteville, NC, Ascension is the band’s first for EXS and features the following track listing: ‘Shake Little Sister’, ‘Comin’ to Get You’, ‘Home’, ‘Calm Before the Storm’ and ‘Roll the Dice’, with ‘Shake Little Sister’ set to be the lead-off single and video.

The band has been together since 2007 and you can check them out at ReverbNation by clicking here. You can also watch an earlier video by The Fifth right here at RAMzine.