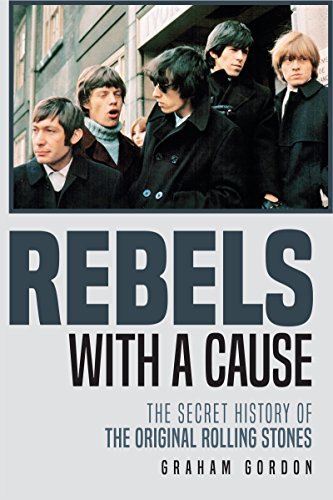 This book was originally published in 2018 and was written from the perspective, despite the similarity of name, that there are in fact two separate bands. Firstly, there was the Rolling Stones, a band formed by five young men out of a collective love of the blues who’d named themselves after a song by blues legend Muddy Waters, and who’d cut their musical teeth being early exponents of little known blues classics. For five white boys, they were also very good at interpreting the blues as well. Just listen to their versions of ‘I’m a King Bee’ and ‘Mona’ on their debut album if you want proof of their blues prowess. But from the mid-sixties onwards, the band gradually moved away from being just an R&B band, albeit one of the best around, as they became more commercially oriented and began having hit single after hit single. The more important and ultimately more significant change, however, was in the gradual marginalisation of Brian Jones by Jagger and Richards, a man regarded by many fans as the heart and soul of the band, a man deeply steeped in the blues who eventually came to resent the new, power-pop direction, thus his contribution to the band’s new music became less, and his influence became less to such an extent he wasn’t even present at certain recording sessions.

The book is largely the same as the 2018 edition but with two important additions. Most interestingly, there’s an in-depth discussion included about one of the most divisive and controversial albums in the band’s repertoire, 1967’s ‘Their Satanic Majesties Request.’ It’s probably a safe assumption to make that a fully functioning Brian Jones would not have allowed the band to go in this direction, and despite what he ultimately contributed to the album, what he thought of the end result can only be imagined. The album title was said to be a spoof of the opening line of a UK passport, stating ‘Her Britannic Majesty requests and requires ..’, though it’s Gordon’s contention Jagger was influenced by the writings of Mikhail Bakunin in using the word Satanic. Whichever is true, every song on Satanic Majesties is examined in some depth, with thought-provoking insight into what the writer thinks the songs are about, and comments about the veracity or otherwise of the music, and his own selection of songs from around this era which could and should have been included on Satanic Majesties made this section a fascinating read.

It should be noted, given the year the Stones endured in 1967, a year which would have broken a lesser band than the Stones, that they managed to produce anything at all was nothing short of remarkable. Yet, despite three members of the band arrested, Jones more than once, Jagger and Richards sentenced to prison, plus the vendetta of the happily now-defunct News of the World against the band, and the Beatles raising the ante once again with Sgt Pepper, it said something about their spirit the Stones could still come up with Satanic Majesties. Unfairly slammed by the music press, particularly by Rolling Stone magazine, nonetheless, it’s an album very much of its time, with ‘In Another Land’ as good a psych workout as many others around in that era, and ‘Citadel’ being one of the best rock songs the Stones ever produced, a forerunner of ‘Jumping Jack Flash’.

For this reviewer, I’d argue the time for a critical reappraisal of this album is now long overdue. The other major addition is a consideration of the legacy of the Stones in the context of the sixties. This section is slightly disappointing as each musician is looked at individually rather than the band as a whole and what it meant. Gordon poses the question .. if Dylan can be awarded a Nobel Prize for Literature, with his every word scrutinised by Dylanologists for their hidden meanings, and Lennon & McCartney considered by many eminent critics to be the two greatest songwriters of the twentieth century, again with many books written about their societal impact, why is it, despite all the books about their drug busts and sex lives, there’s never been any serious academic examination of the work of the Stones? In fact, there has been. In 2019, the ‘Cambridge Companion to the Rolling Stones’ was published, and it’s the first serious academic overview of the music, the career and the cultural impact of The Stones. Edited by two US professors, Victor Coelho and John Covach, it’s a positive contribution to a much better understanding of The Stones and their place in the pantheon of the sixties and beyond, with contributions from musicologists and others about the impact of the Stones.

It’s a welcome attempt at portraying the Stones as more than just a group notorious for drug busts and raucous lifestyles. Dylan once famously said to Jagger, “I could write Brown Sugar but you could never write anything like Mr Tambourine Man.” Probably true, but there’s no doubt Jagger’s lyrics were often in tune with the times. Listen to ‘Street Fighting Man,’ and ask, apart from maybe Lennon, who else could have written this song? The two new additions to the book have made this a much stronger book, and whilst books on the Stones aren’t exactly thin on the ground, few take Gordon’s standpoint of the Stones being two bands. This is a book strong on detail, it’s well researched, very thorough and, if you’re a fan, it’s well worth a read. 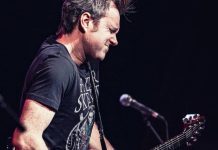 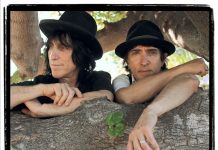 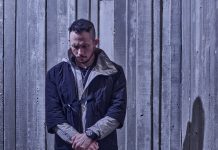 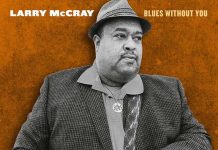