The Graveltones return with new Single and Album 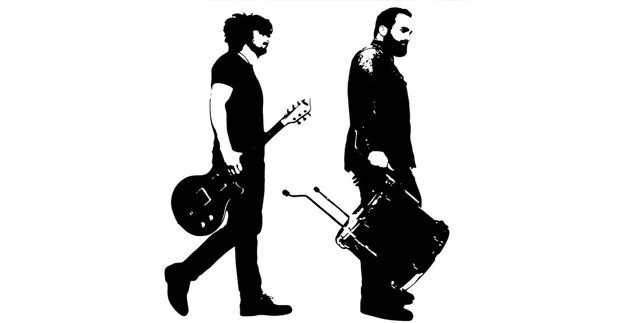 UK based Austrailian duo The Graveltones look to to put to rest the comparisons between themselves and other two piece rockers such as Royal Blood and the White Stripes with their follow up to their 2013 debut ‘Don’t Wait Down’. New album ‘Love Lies Dying’ will be released on 31st May on Lagoon Dog Records. New single ‘World on a String‘ was released on 12th April.

The duo, who met in London’s Tin Pan Alley will hope to follow up the success that their debut garnered, which saw support slots with Rival Sons and The Temperance Movement, a slot at Download Festival and a sync deal with Rimmel, fronted by supermodel Kate Moss.

Vocalist Jimmy O’s thoughts on the new record: ”It’s one of those things, when you record a bunch of songs and send them out there to play ball you hope you’ve raised them up good enough to take care of themselves, and all these songs seem to get along with each other real well. They make a good team. I think they’re gonna be alright.” Drummer Mikey adds “Recording this album felt so right, we had theright producer and engineer and the sounds just fell out of us”.