The Jailbirds Enter The Jungle 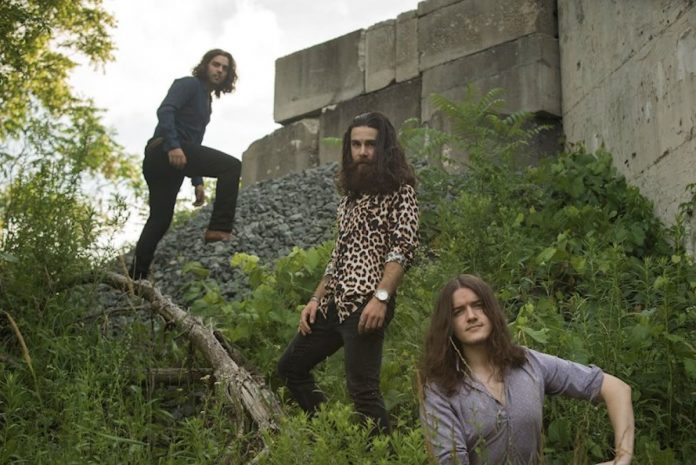 Despite the ongoing coronavirus pandemic, 2020 was a big year for  Canadian hard rock trio The Jailbirds, building a strong global following and earning a place on the prestigious Spotify Hard Rock Playlist, and they have a brand new single out alongside a five track EP.

The EP is called The Jungle, and that new single is its title track. Though the record, as whole, touches on real issues of real people, some of the tracks off the EP are fictions with roots in reality, this single being one such song.

A metaphor for a mind turned against itself, ‘The Jungle’ is vivid in its lyricism as it pulls the listener further along in the story. Trapped within their own head, the subject of the song is overcome by anxiety and depression as they try desperately to find the key to normalcy. With a bristling chorus and a lonely, melodic verse, ‘The Jungle‘  is intended to evoke the all-encompassing feeling of anxiety.

Previous single, ‘I Will Move On’ is also on The Jungle EP. The single sees The Jailbirds returning back to their origins – Heavy, modern hard rock, with loud and aggressive guitar tones, soft, crisp acoustic and clean guitars, with powerful thrashing drums, eerie vocals and chilling harmonies.

‘I Will Move On’ is the last song on the EP, and the last part of the concept story told throughout it. It features the lead protagonist rising up above the negativity in their life and gaining the confidence to keep on going.

Thereafter, they cut their teeth touring extensively throughout Ontario and Quebec thereafter, with a notable set at last year’s Voodoo Rockfest alongside video single releases.

You can purchase The Jungle here, and previous single ‘I Will Move On’ here and watch the videos to both singles right here on this page.

To read more about The Jailbirds at RAMzine click here.