The Qemists to support Korn on European Tour 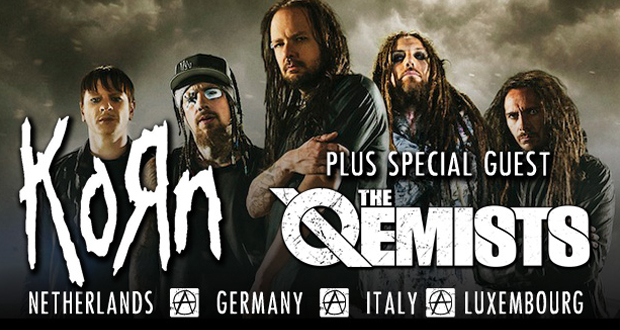 Confirmed as main support on the Korn European Tour is Brighton based band The Qemists. This band infuse Drum and Bass with Rock, causing the evermore popular Electronica-Rock! Fans of Enter Shikari, and The One Hundred look this way!

Leon from The Qemists told us: “To have been  asked to support Korn is a badge of honour to us. If it wasn’t for bands like Korn we wouldn’t be doing what we do. We cannot wait”.

The stars seemed to have aligned for this band. The Qemists have already worked with Mike Patton, and then Enter Shikari on below track ‘Take it Back’, moving forward the bands forthcoming album ‘Warrior Sound’ will feature guest appearances from Hacktivist, Ghetts and worldwide legends Crossfaith.

The band will join Korn on the following dates before heading out on their own UK tour this March to promote the new album! The Qemists are ones to keep an eye on this year!

Watch The Qemists in action… 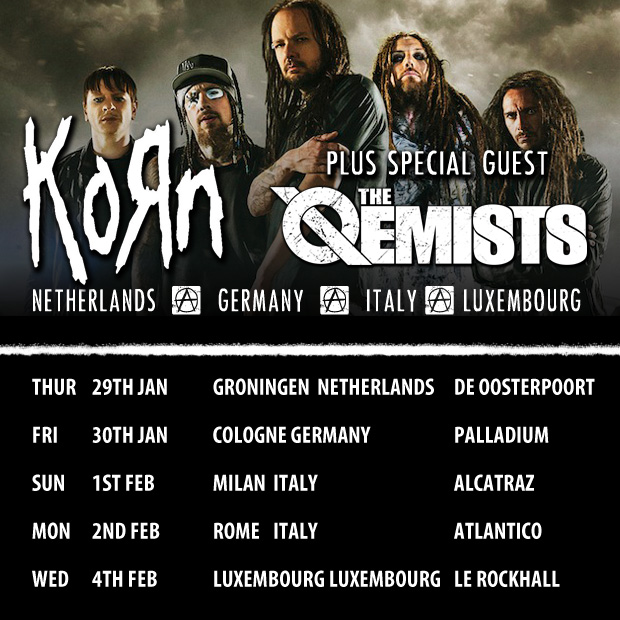