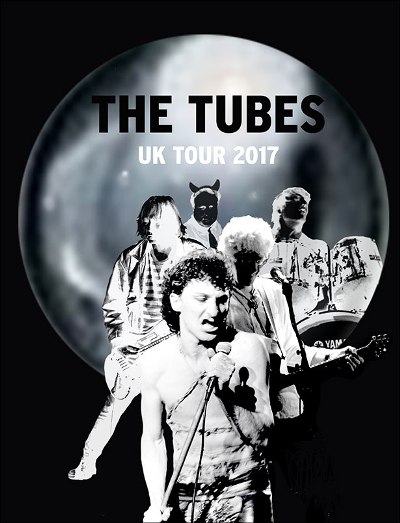 The Tubes return to the UK this November for six club dates, plus five arena concerts supporting Alice Cooper.

“We’re thrilled to return to the country that started it all for us,” said The Tubes’ frontman Fee Waybill. “I embrace my British heritage; the beer and the fish and chips and the best rock and roll fans in the world. The tour will be incredible fun.”

Renowned for their over-the-top theatrical visual live performances alongside a quasi-pornographic and satiric take on the media, consumerism, and politics, The Tubes released their first eponymous first album back in 1975, and it featured their shock rock anthem ‘White Punks On Dope’, an integral part of their live act to this day when Waybill takes on the role of the larger-than-life fictitious platform-booted, drugged-out British glam rock star Quay Lewd.

Fittingly in time for their UK appearances, The Tubes: “The A&M Years” Box Set was released this August featuring as it does the band’s first five studio albums. The box set can be ordered from Amazon UK.