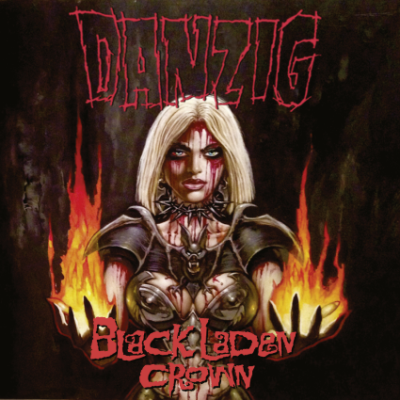 Danzig has released a new single ‘Last Ride’ taken from Black Laden Crown, what is his first album of all new material in seven years. There’s also a video out, directed by the man himself.

Following a reunion of the classic Misfits lineup, where record numbers turned up for last year’s Riot Fest in Denver and Chicago, as well as the recent confirmation of a headlining set at this year’s Blackest Of The Black festival, Glenn Danzig released the first Danzig album of all new material since 2010’s Deth Red Sabaoth.

‘Last Ride’ was originally due to appear on a soundtrack album for The Walking Dead TV series, based on the comic book series, but that failed to come to fruition. Danzig’s affiliations with the comics industry are well known, having launched his own Verotik comics line in the 90s, for whom British artist Simon Bisley illustrated the Death Dealer series. Bisley, whose work on Slaine: The Horned God was the debut book for the recent British TV advert promoted 2000AD The Ultimate Collection series is also the cover artist on Danzig’s Black Laden Crown album.

Danzig will mark the band’s 30th anniversary in 2018 by performing a limited number of special shows in Europe in August 2018, including Glasgow, Barrowlands on 6th August and London, Brixton Academy on 7th August. Support for the UK concerts will be Paradise Lost.