The Vendettas’ Window Without a View 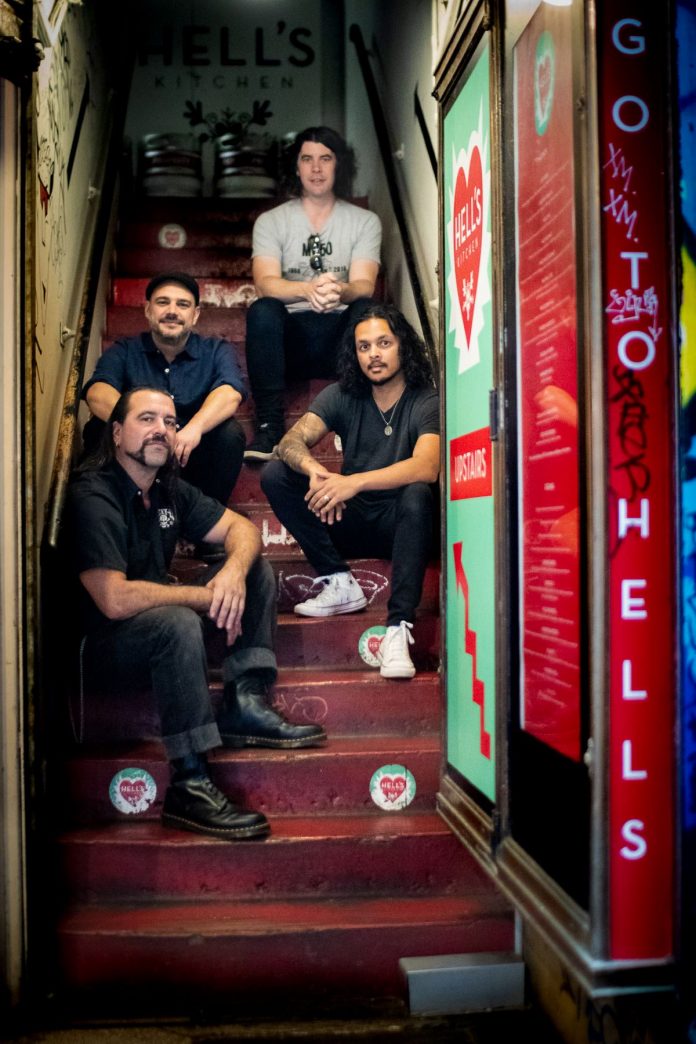 Melbourne hard rockers The Vendettas are back with a brand-spanking new album, The Vendettas III, that’s out now both as a digital download and on limited edition 180g vinyl through Golden Robot Records.

The band make a strong case for themselves as one of Australia’s premier rock bands with the album, as each song has been carefully categorised in perfect sequence to engage the listener with an old-school “just press play and take in the whole album” experience.

That said, latest single ’Guardians’  is a good example of the album’s variance in style. A straight up rock track, with the eerie minor chords of the main riff and chorus line: “You know me, I’m a window without a view” being somewhat surprising and thought provoking.

Part of Melbourne’s rock scene for over 10 years, The Vendettas mastered their craft in every beer-soaked wall and sticky floor the town has to offer.

Their new album pays homage to their earlier hard/punk rock roots, on boisterous numbers like ’Slinging Mud’ and ’Rats On The Wheel’ while there are softer, more blues inspired pieces like ’Sold You Out’ and ’What Have You Done’, and the acoustic driven ’Only The Wicked’, sees the band’s song writing skills diversifying.

But fear not, guitar-driven, hook-laden, straight-up rock ‘n’ roll is still to be found aplenty, not least on opening track ’Face to Face’ with its hypnotic guitar riff intro and thumping tom beat. You can listen/buy The Vendettas III here, new single ‘Guardians’ here and check out the video to it right here at RAMzine.