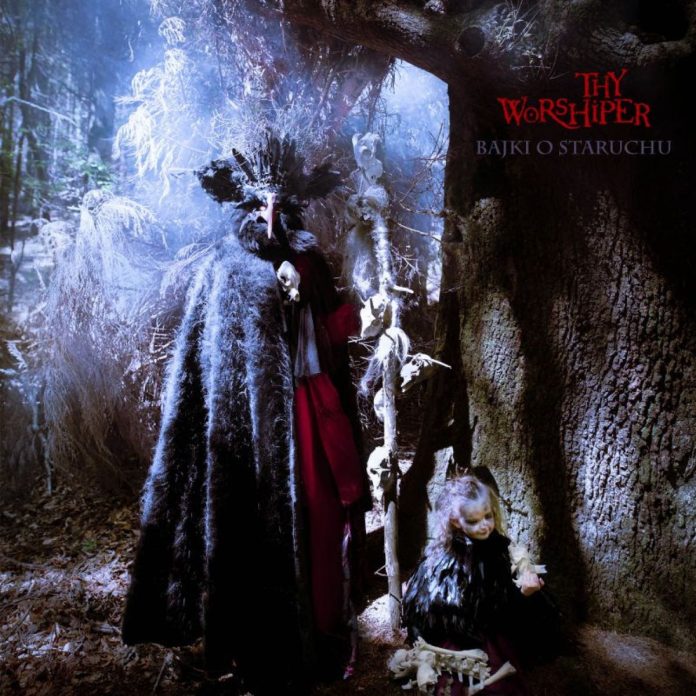 Originating from Poland but now Dublin-based, the black folk metal act that is Thy Worshiper will release their fifth studio album Bajki 0 Staruchu, and this translates from the Polish as “Fairy tales about an old man”.

Coming six years after the release of previous album Klechdy, Bajki O Staruchu is a concept with eight new tracks based on fairy tales that are held together by the main character of the album title.

Musically, it is a continuation of the path the band carved out on Czarna Dzika Czerwień and Klechdy, a mixture of non-obvious ethno-folk and pagan black metal, with a large dose of individuality.

It’s that individuality that led Thy Worshiper to be included in Metal Hammer UK’s list of eleven bands that redefined the concept of folk metal. The band is described as having an “impressively menacing atmosphere, expressed through chanting and hypnotic guitar riffs. This isn’t music for the faint of heart, but it’s a dark journey that rewards as well as challenges.”

Bajki 0 Staruchu will be released on 17th November through Pagan Records.

Ahead of the album’s release, a music video to the track ‘Baba Jaga’ is available to watch now right here at RAMzine.