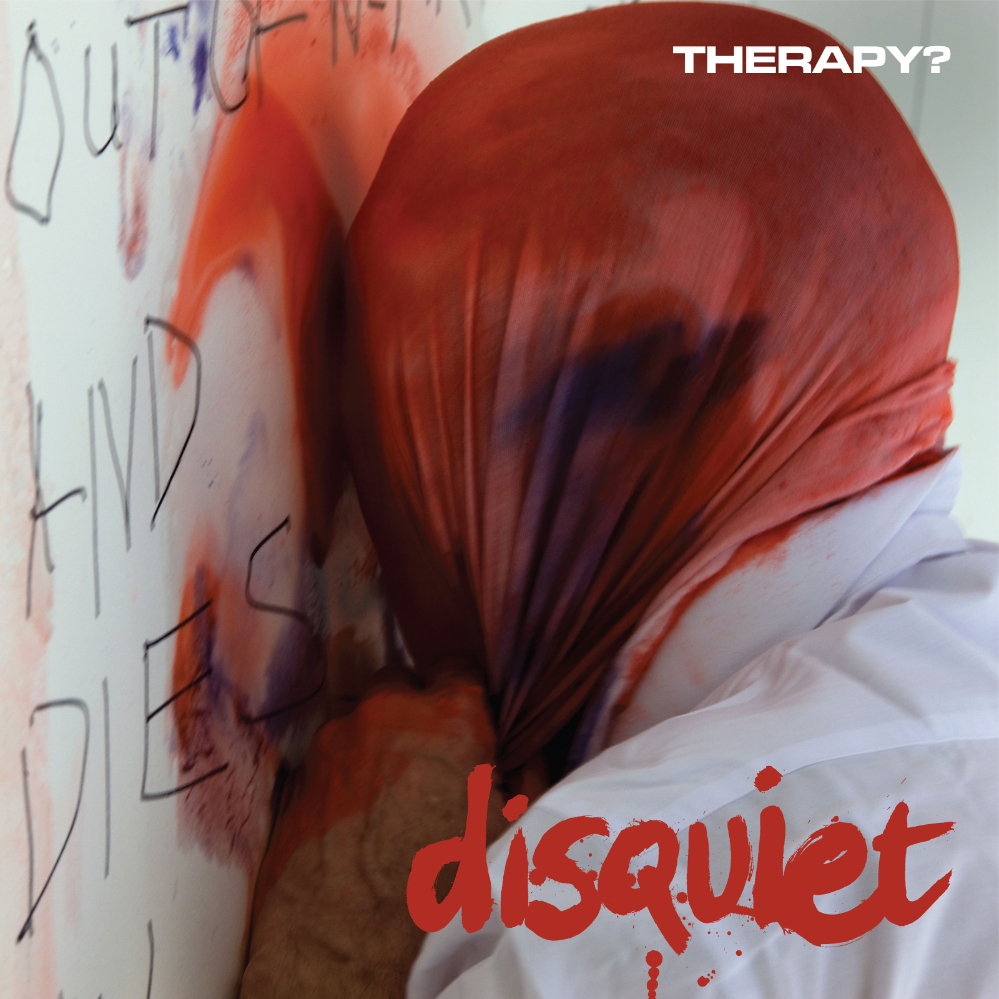 “This was kinda a riposte to [Troublegum’s opening track] Knives: I was thinking ‘The person that wrote Knives all those years ago, how is he feeling now?’ And I was thinking that he’d still be pissed off. There’s this myth that somehow when you get older the way that you thought when you were younger disappears, and you replace it with some kind of wisdom. But that can be ludicrous: I think that many people just bury all their anger and all their despair behind a middle-aged sheen of respectability and I think often those feelings are still there, but it’s seen as bad etiquette to still be bellicose and complaining at a certain age of your life. So it’s kinda saying that the things that hurt me then, still hurt me now, and I know from other people that I’ve talked to that I’m not alone in this. The song is very short, direct, riffy and in-your-face, and a good way to start the album. It was one of the first things we wrote for the album. And because of the production from Tom it’s still very contemporary sounding, it doesn’t sound like we’ve made a ‘90s retro record.”

“Tides is a song I’d written long ago, under the influence of Husker Du, one of the evergreen mainstays of my musical education: they’re one of those band that I sometimes take for granted and then every now and then I’ll listen to three of their albums in a day and get completely inspired to write something. When I lived in Dun Laoghaire in Ireland I used to live near the harbour, and some nights I’d stay up all night to try to get inspiration for songs and I often ended up going down to the pier and just looking out at the waves. Later on I found out that Samuel Beckett used to get a great deal of influence from that as well. One of his plays, Krapp’s Last Tape, has this character sitting with a tape player, playing back audio diaries of his youth, and there’s a bit where Beckett talks about getting the inspiration for his best work while standing at Dun Laoghaire harbour. So I took that low point in my life and how I managed to dig myself out of it as an inspiration. Originally it was written kinda like Die Laughing or Nowhere off Troublegum, with a catchy Husker Di-influenced chorus, but we took a bit of influence from bands like My Bloody Valentine with the brief section of warped guitar. I think Therapy? fans who liked Lonely, Crying, Only and Die Laughing will like this song.”

Good News Is No News

“I was originally trying here to write a song a bit like Depeche Mode, and I think that might still be obvious in some of the instrumental bits, and in the phrasing of the guitar. Lyrically the inspiration came from us talking about the negativity in this world: we all know people who’re kinda Eeyore-ish, who’re just drawn to negativity, and the subject of the song is a composite of people we know who’re like that.”

“This was originally a kind of breezy garage rock song, with a bit of a swing to it, but when Tom heard it he came back and said ‘Maybe we could toughen this up a little bit, make it a bit more driving and a bit heavier.’ It’s kinda written about myself, and how if I’m not careful it’s easy to fall into either retrogressive nostalgia or into bitterness: it’s a way of me trying to pull myself up by the bootstraps and get on with life.”

“People sometimes think that when Therapy? appeared on the music scene we were immediately seen as cool, but that’s so far from the truth! There were a lot of established bands in Belfast at the time, and when a chubby guy with a beard, a little guy with round glasses and a big tall guy who wouldn’t speak to anyone, three oddballs from Ballyclare and Larne, turned up to play shows people would just look at us like ‘Who are these people?’ But that suited us fine. When I first played this song to Neil [Cooper] he said ‘That riff could have been on Babyteeth’ and we decided to keep it up-front and sonically in-your-face like that.”

“The vibe we were going for here was kinda like Unbeliever from Troublegum: when we wrote that song originally we wanted hip-hop drums and Helmet riffing, and this had a similar genesis. Neil came up with the drum beat first and I started playing this continuous riff over and over on top of it. But that sounded a bit <<too> old school, so worked on it more: when you’re basing a song on one riff (as we have before on songs like Unbeliever and Opal Mantra) you really have to focus on the dynamics, to make sure that it doesn’t sound one-dimensional and dull.”

“We’ve been playing this song live for quite a while, and it always goes down well. I wanted something with the same kind of feel as [Joy Division cover] Isolation from Troublegum… but not one written by someone else! It’s almost as if we’ve been listening to Joy Division’s Unknown Pleasures and Black Sabbath’s first album simultaneously and blended the two together.”

“I had this title for ages, and it was basically written about hanging around rock festivals in the ‘90s and the various characters that you’d meet in clubs and backstage areas while on the road. It’d be hypocritical of me to say that it’s damning drugs, but it’s damning the effects that certain drugs can have on certain people. I had this classic Therapy?-sounding, blunt, stabby riff and the lyrics fitted well over that and then we added this kind of Ozzy Osbourne-melody on the chorus.”

“This is not dissimilar to Idiot Cousin: it has a punk-ish vibe and veers off into Dead Kennedys’ territory at the end. The idea behind it is quite literal: it’s basically about the frustration of being undone by language, when you literally can’t find the words to explain or get a grasp of a situation.”

“We’ve had this song for ages, and it’s almost like a second cousin to 30 Seconds off our Infernal Love album. It’s got quite an obvious, catchy chord progression, but the important thing for us was getting the rhythm right, and we finally settled upon hardcore-style, in-your-face drums and that seemed to click best. The original title of the song was I’ve Had 18 Straight Whiskies, I Think That’s A Record, which were apparently Dylan Thomas’ last words, but we decided that might be a little long! It’s a little tongue-in-cheek: with another band the lyrics might seem quite nihilistic, but with us it’s more a reflection of just getting on with things.”

This might be my favourite track on the record. I had the riff and the chorus for this, and I said to Tom Dalgety ‘I want this to sound like Portishead are playing Black Sabbath’. He put together a drum loop and got Neil to play over it, and I played the riff, and we like how it sounded, with this really heavy, almost 70’s style riff over the top of these funky drums. The day after we demoed it, Tom came down to breakfast and played us a track he’d hear online, with Beth [Gibbons] from Portishead covering the song Black Sabbath, and so we were quite chuffed that that concept was actually a reality!”