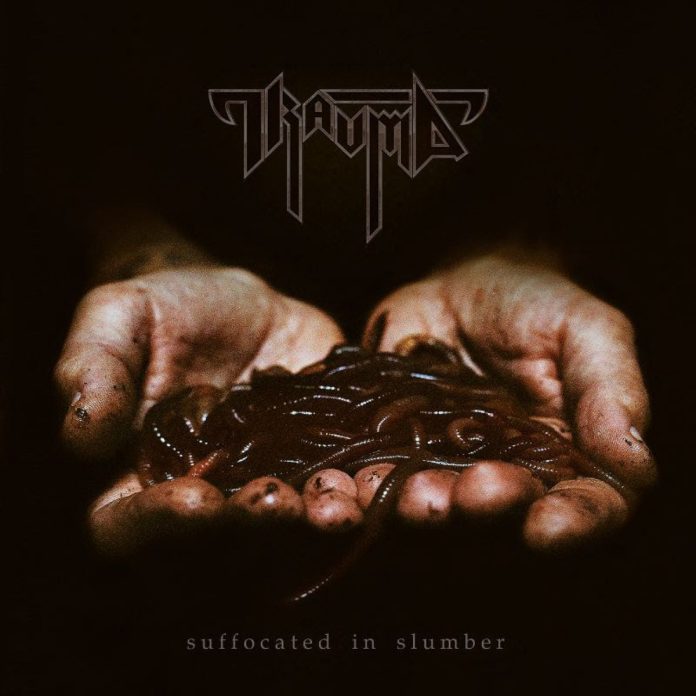 Following the CD re-release of their second full-length album, Suffocated In Slumber, last year, Polish death metal veterans Trauma will issue the record on vinyl for the first time ever, as of 3rd June via Pagan Records.

The album was first released in 2000 and has been sold out for around 20 years. Suffocated In Slumber put the band on the global metal map and has led to touring Europe with the bands Krabathor, Master and Xenomorph.

The reissue was not remastered and will feature the album’s original sound. Mister, the band’s leader, commented: “The album was recorded 20 years ago and we didn’t want to mess around with the atmosphere of that period with unnecessary edits. We did not remaster these recordings, and didn’t even add any minor cosmetic adjustments.” Tracks featured are ‘A Gruesome Display’, ‘Unable To React’, ‘Suffocated In Slumber’, ‘A Deep Scar’, ‘Swallow The Murder’, ‘Words Of Hate’, ‘Tools of Mutual Harm’, ‘Dust (Kill Me)’ and ‘…Bloodshot Eyes’.

Does the album stand the test of time? There are a number of ways you’ll be able to find out for yourselves… Suffocated In Slumber will be released in a classic CD regular edition as well as a strictly limited-edition box filled with lots of gadgets, plus a vinyl edition planned for the first quarter of 2022.

Pre-orders are available via Pagan Records by clicking here and you can listen to it via the Youtube link here RAMzine.