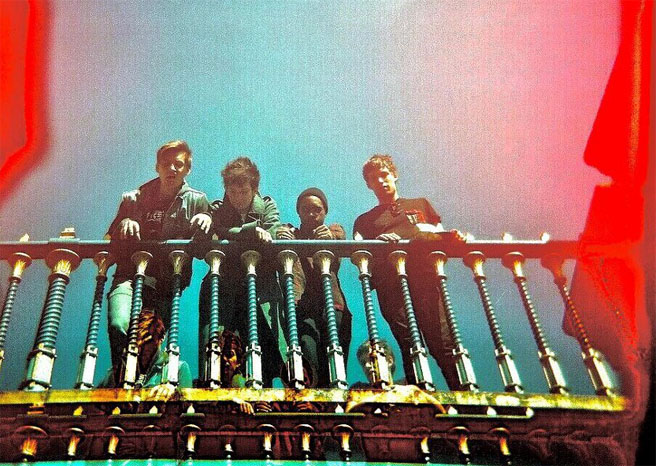 Check out the stream here.

Ancient Secrets was recorded at Livingston Studio’s in North London and with themes of an apocalyptic, modern age in mind.

Guitarist/Vocalist for the group, Jimmy Jagger, made a few comments on the new EP:

“Ancient Secrets’ pertains to our obsession with all things fantastical and cryptic. It’s an abstract title, but these are abstract times. We didn’t wanna make an oi oi punk angst record, although that’s how we started out. We wanted to make something more tongue-in-cheek, more weird.”

Turbogeist will be releasing their debut album later this year via Spinefarm Records. Ancient Secrets is available now via digital download and limited edition coloured and numbered vinyl.