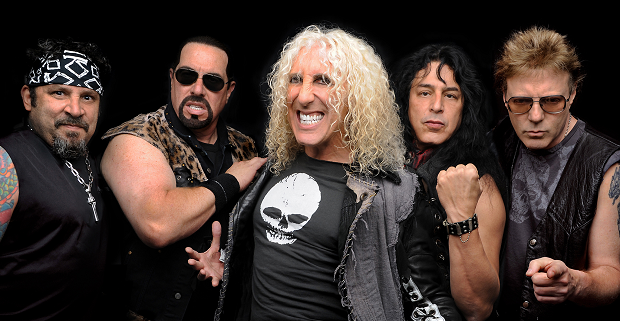 Glam metal icons Twisted Sister have been announced  as the Friday night headline act for Bloodstock-Open-Air 2016.

This will be a very special ending for them in the UK, as it is part of their farewell tour.

The icons have legions of fans through all generations that will be singing their hearts out along, with the legendary front-man Dee Snider, to hits like ‘We’re Not Gonna Take It’ and ‘I Wanna Rock!’

Expect men of all ages dressed better than women – and know there is nothing wrong with it.

Guitarist Jay Jay French had this to say:

“Our journey in the UK that began in Wrexham in 1982, ends with Bloodstock 2016!  Without the recognition that we received from our UK fans, the world would never have known nor would we ever have reached our 40 year milestone!”

It’s only fitting they should end the UK gigs on a high as the main stage headliner on the Friday, sadly following the passing of drummer AJ Pero earlier this year, the legendary Mike Portnoy will be filling in on the skins, a job that he will not overdo himself and pay great respect to Pero in doing so.

Twisted Sister join recently announced Mastodon, the Saturday head-liners, and will go our in style after Venom and Behemoth play the Friday.

Bloodstock will take place in the hallowed Catton Hall grounds between August 11-14, get your tickets while you can here